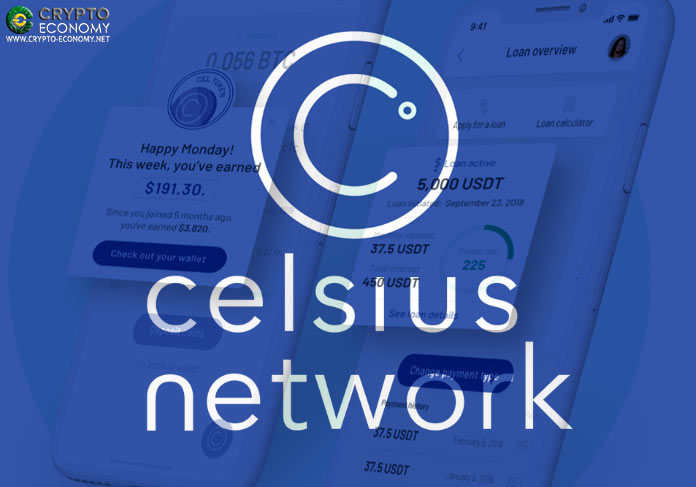 The New York-based Crypto lending firm, Celsius started its journey when it raised an amount of $50 million in a token sale in 2018. Since then its volume continued to surge and according to CEO Alex Mashinsky, 10,415 Celsius users have taken out fiat loans by locking up crypto collateral.

Alex Mashinsky, about the mission of Celsius, said:

“Our job is to maximize the return as much as possible, the yield, and we do that by lending out the deposited coins. Half of our business is with exchanges and the other half is with hedge funds that use them to create markets, arbitrage or different purposes.”

On June 2018, Celsius launched version 1.0 of its app with which the company is paying thousands of users interest for depositing Bitcoin and ETH. The mobile app of Celsius accepts 18 cryptocurrencies including bitcoin.

According to the BitGo, a company providing custody services, it has received more than $1 billion worth of crypto deposits from Celsius over the past year.

Polychain Capital, Binance, and Bitfinex are among the partners of Celsius. Loans are given to different companies on different rates, as Alex Mashinsky, talking to a news outlet, added:

“We lend to different institutions based on different rates. The rate at which we lend out has to do with the quality of the institution.”

35 percent of users of Celsius is from US and Canada while the rest are from nations like the United Kingdom, Germany, Korea, and China. According to the CEO, the company has a staff of 52 members and a burn rate of $15 million a year and net revenue of $1 million per month.

Critics are saying that this type of loan system is risky because the person taking the loan doesn’t know which companies are involved in rehypothecation. Transparent and full details about the loans to external parties should be given to users. But the CEO said that because of security and business risks, full details cannot be published.

According to the website of Celsius network, Celsius Network was founded in 2017 with the mission to harness blockchain technology to provide unprecedented financial freedom, economic opportunity, and income equality for the 99% and to act as a catalyst for financial disruption on a global scale by offering services that will bring the next 100 million people into cryptocurrency.