Yesterday, the Chicago Board Options Exchange (CBOE) just launched its brand new Bitcoin futures market at 6:00 p.m. ET. This settled a precedent in Bitcoin’s history, for it’s the first time a cryptocurrency is subject of bettings from investors in a renowned, regulated exchange, via futures contracts – although it won’t be the only one, for the CME Group will also launch its own marketplace this December 18 –.

With a USD/BTC exchange rate of $ 15,500 just before it was officially online, it regained $ 1k in value and stabilized at $ 16,500 once people started trading futures, according to CoinMarketCap. Here are the most relevant events that happened just a few hours after the Go:

CBOE’s website crashed due to high traffic volumes, but not affecting its Bitcoin futures trading

Almost immediately, CBOE’s front-end interface crashed after the official launch, supposedly due to many people trying to access at the same time. This caused concern around users, wondering if this would have a negative effect on such launching.

However, on its official Twitter account, it was stated that this intermittence had no impact on trading activities. In fact, some people noted that this long-awaited moment has had a smooth start, with futures skyrocketing to as high as $ 18,850.

Twitter’s reaction to launching and crashing

Movement around the social network Twitter was considerable, with people commenting on both the beginning of a large-scale event like this, and the front-end page outtake due to high traffic volumes. A first tweet regarding this situation was submitted by CBOE, where they address the situation, but assuring that all trading systems are operating normally.

Of course, this is the Internet, and people were quick to react with some gifs and memes, like one user suggesting them to turn their system off and back on again, in a clear allusion to rebooting computers and other devices after a glitch had place. 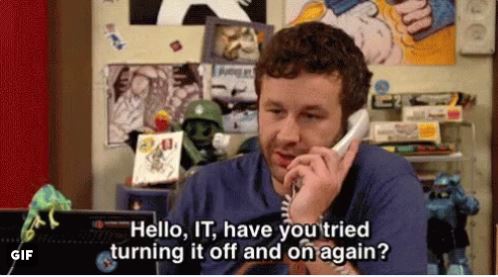 But jokes aside, there were others more focused on the trading itself. A Twitter user claimed to be the first one in the world to trade with Bitcoin futures, at the cost of some funds, though.

Throughout the crash, financial editor Holger Zschaepitz noted that Bitcoin’s price remained relatively stable, regardless of the crashing suffered by CBOE, and even Coinbase.