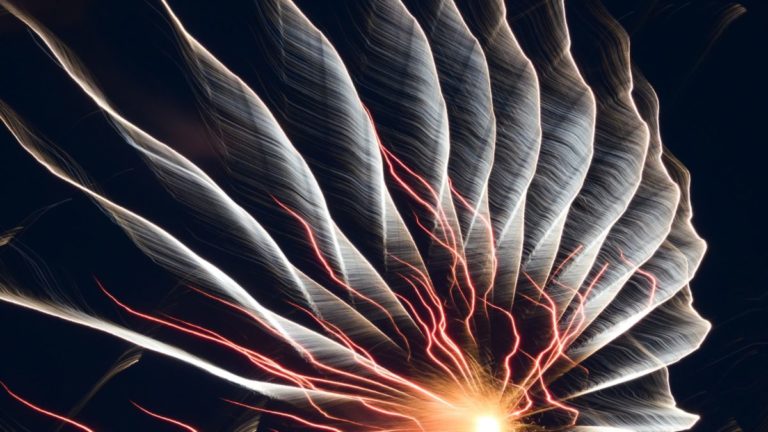 Bitcoin’s [BTC] $45,000 was broken after two months thanks to a major shift in market sentiment. The world’s largest crypto-asset shrugged off few major resistance levels. Even as the crypto industry suffered a major setback after a Senator rejected crypto compromise in the infrastructure bill, the overall impulsiveness of the rally has not diminished.

After another strong week and over 20% in weekly gains, the hands holding Bitcoin have remained strong. As a matter of fact, the supply ratio of Bitcoin on cryptocurrency exchanges has slid to a 26-month low. As observed by Santiment, the last time the figures stood at this level was back in June 2019, when the market was on a recovery mode jumping from $7.8k to over $13k.

The latest trend on-chain trend depicted a sentiment of increasing confidence among the BTC holders. On a similar note, the crypto-analytic platform stated,

“The ratio of $BTC on exchanges has now fallen to its lowest point since June, 2019. This 26-month low should be viewed as a bode of confidence for holders of Bitcoin, as large exchange selloffs are less common when less supply is at risk on exchanges.”

Let’s look at some of the reasons behind the bullish perspective that has taken hold.

Conquering 200 DMA was not an easy task. But the Bitcoin price candles breached it after almost three months signaling that a bearish breather might finally come to an end. If a golden cross does take place, it would suggest the strength of BTC’s price comeback.

This could very well be a bullish narrative for 2021. Does this mean that a bull run 2.0 is just around the corner? It is still early to answer this question. Even as the crypto-asset toppled various bearish cues which prompted it to push the price north, the Relative Strength Index [RSI] failed to climb above 72 over the past few days. The resultant bearish divergence as depicted in the chart below evidenced that buyers could lose strength before the next upcycle. This appears to be the only hurdle at the time of writing.

No signs of profit-taking by Bitcoin whales

Bitcoin whales have also remained pretty showing interest in taking profits as the digital asset continues to build strength. According to the latest stats, holders with 100 and 10,000 BTC now hold almost 9.3 million coins or 44% approx of the total supply. This is important because it represents an all-time high for the investor cohort.

The large holders continued to dominate the spectrum. Institutional strength is yet to fade despite the asset half of its gains in the second-quarter correction. Glassnode had recently reported that the dominance of BTC transactions of over $1 million has increased twofold since September last year, from 30% to 70% of the total value transferred. 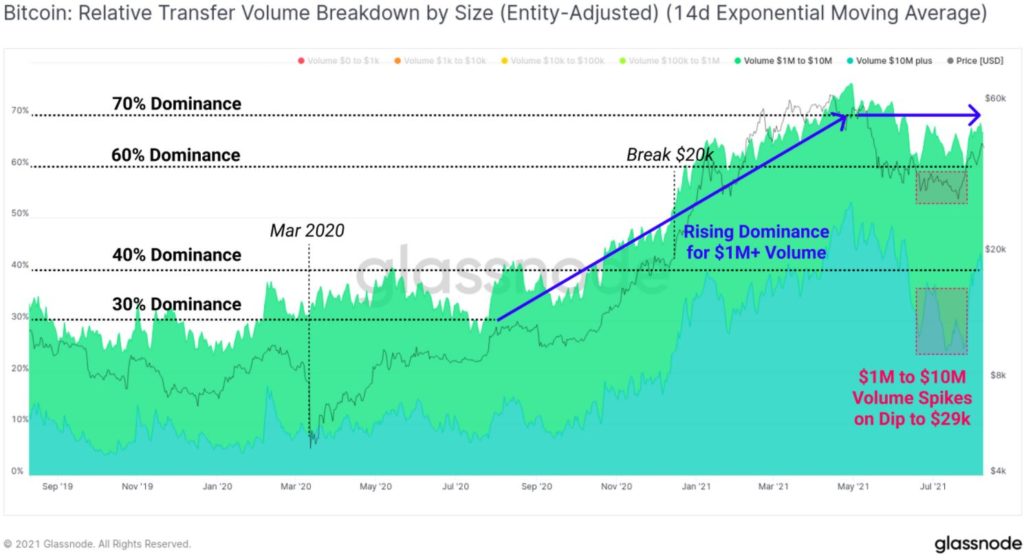 However, there is a catch. The retail cohort of investors do not generally engage in large-volume transactions, hence, there is a chance that the institutional investors might have been working behind-the-scenes and have caused the surge in the $1 million-$10 million transaction group.