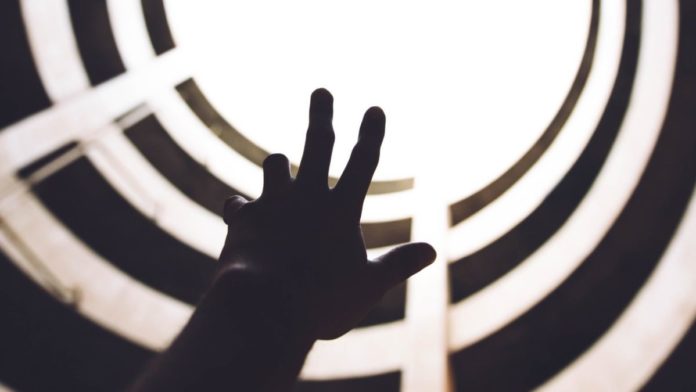 Bitcoin’s [BTC] downturn following the latest FUD has stalled as price fortified the support at $37K. Market players were disappointed after e-commerce giant Amazon denied rumors that it would support cryptocurrencies. But the Bitcoin whales have remained undeterred and have continued to buy the dip.

Bitcoin’s erratic price action triggered cascading liquidation. Speculators weighed in and stated that the surge prior to the dump was nothing but a case of a dead cat bounce. This price pattern is essentially a continuation pattern wherein a bounce seems to be a bullish reversal of the ongoing trend. However, there’s a twist. The trend in fact, transforms into a downward price break and a bearish continuation.

Even with the latest price dump the world’s largest crypto-asset’s has no distinct overhead resistance but has a firm support. The latest chart reveal that the only supply barrier holding BTC back was found within the range of 37,350 and $38,420. Moreover, it appears well-positioned to advance further.

The Bitcoin whales, for one, have been accumulating, a trend that has continued since the May sell-off despite weeding out the weaker hands. As per the last stats by on-chain crypto analytic company, Santiment, over the past five weeks, this millionaire tier or Bitcoin whales have amassed 130K more. In the past ten days alone, these entities have added 40K.

🐳 #Bitcoin whales holding between 100 and 10,000 $BTC continue accumulating since the May plummet that shook out many weak hands. These addresses have now accumulated 130,000 more $BTC in the past 5 weeks, and 40,000 more in just the past 10 days. 📈 https://t.co/sjslBWPa0Z pic.twitter.com/EppJ8bTX7O

“Bitcoin whales holding between 100 and 10,000 $BTC continue accumulating since the May plummet that shook out many weak hands. These addresses have now accumulated 130,000 more $BTC in the past 5 weeks, and 40,000 more in just the past 10 days.” 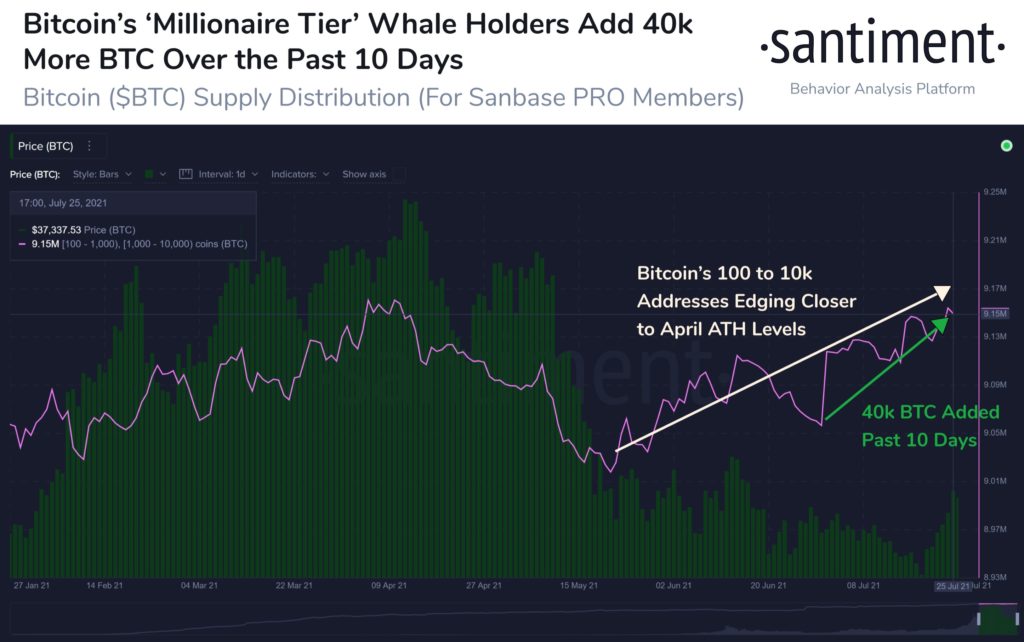 Bitcoin’s recovery was also marked by the Fear & Greed market index. Note: This calculates the overall sentiment of market players and other sources. The figures for the index were previously observed to have plunged to the year-low values. This is a positive sign for the market as the subsequent bounce back transpires shortly thereafter. 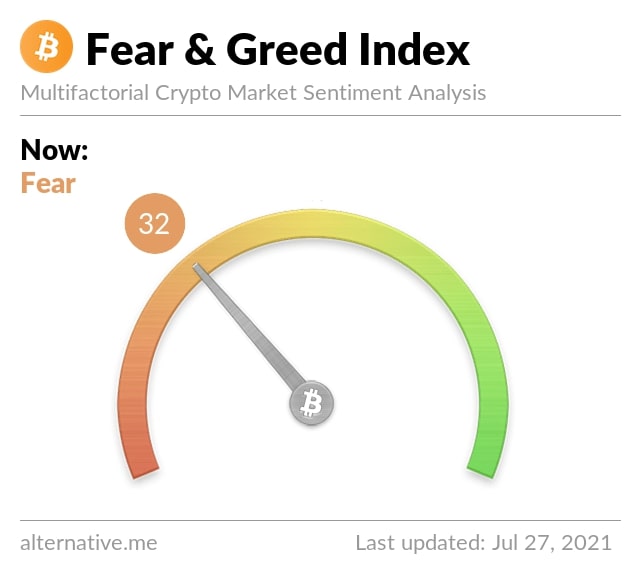 The market index, however, hit 10 demonstrating a sentiment of extreme fear following the price drop of Bitcoin. This was also accompanied by a significant outflow of capital from the coin market. It was during this time that major crypto-assets including Bitcoin began recuperating. The recent market bounce mirrors that the price movement of March 2020, when the indicator once had clocked in 10 and Bitcoin recovered almost immediately.

The flagship asset’s drop to the press time price of $38,022 coincided with Amazon denying reports of accepting BTC payments as reported earlier.