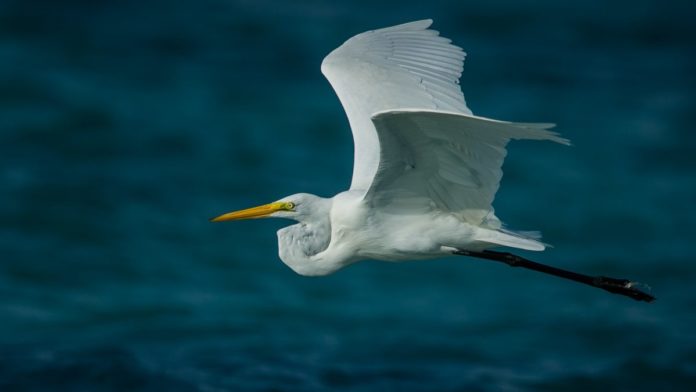 After an exponential rally, Solana’s [SOL] rally appeared to slow down in tandem with overall tepid market conditions. But the DDoS attack last week damaged the uptrend and SOL fell to levels last seen in October this year. The network suffered a distributed denial-of-service that led to a massive slowdown in its transaction speed.

But Head of Staking infrastructure at Rockaway Blockchain Fund, Tomáš Eminger believes it is otherwise. According to the exec, the blockchain network did not lose consensus, nor halted. It just slowed down to 1000 transactions per second on four different occasions since the 9th of December. His tweet regarding the same read,

“Looks like Raydium bots were trying to pack large TXs into blocks, which consumed a lot of compute power, which is measured in BPF [Berkley Packet Filter] compute unit [Solana doesn’t count that into packing block logic]. This caused slow replay on the nodes and then the problem cascaded into the network, resulting in long slot confirmation times and slot leaders were missing their blocks.”

Nevertheless, the development was enough to stir security concerns. As a result, its native token was hit hard. So much so that SOL was still down by 15.46% over the past 24-hours. It was now trading at $158.31 after a fresh daily depreciation of 7.06%. However, it is still leading the way in development activity among top cap cryptocurrency projects.

Solana Surpasses Polkadot and Cardano in this Metric

According to the crypto-analytic platform, Santiment, Solana outpaced the daily GitHub submission rates of its competitors such as Polkadot and Cardano. With this, Solana has gone to become the leading blockchain over the past month. As a matter of fact, its number of daily GitHub submissions climbed all the way to 90 while Polkadot trailed behind at 76 and Cardano hovered at 66. 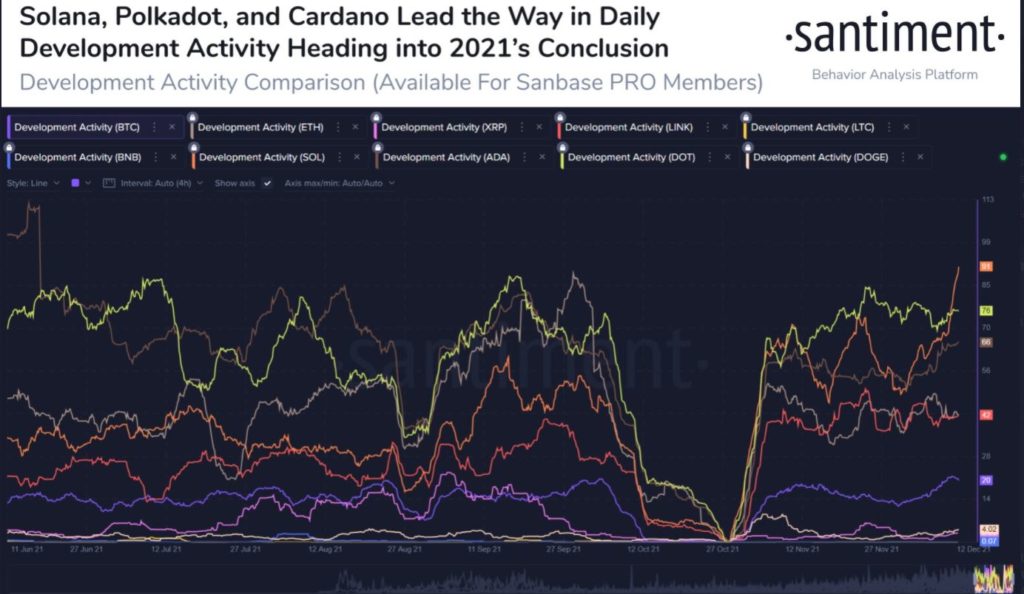 The latest figures arise at a time of renewed concerns regarding Solana’s proof-of-history [PoH] consensus mechanism. Several high-profile experts weighed in on the attack. Grayscale had also previously stated,

“The Solana consensus mechanism uses a new blockchain technology that is not widely used, and may not function as intended. There may be flaws in the cryptography underlying the network, including flaws that affect the functionality of the Solana Network or make the network vulnerable to attack.”

The SOL candles were oscillating within the confines of a falling wedge. The asset may see a respite after a potential bullish breakout from the pattern. The diverging Bollinger Bands [BB] noted an uptick in market volatility. However, the red closing bars of Awesome Oscillator [AO] signaled a bearish momentum in the coin market. The daily Relative Strength Index [RSI] is nearing the oversold region. A bounce from this level would be healthy for the asset.

All in all, the price chart does not appear significantly bullish. However, an increase in volatility, as well as the bullish pattern formation, may potentially flip the market to the upside.