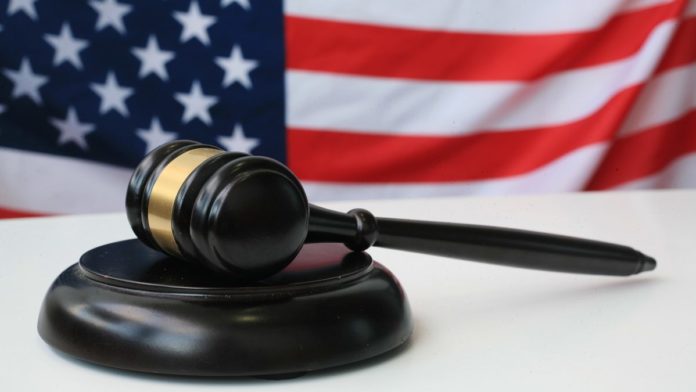 Leading crypto investmens company, Grayscale Investments, has announced its intention to sue the Securities and Exchange Commission (SEC) after the US regulator rejected its proposal to list a spot bitcoin ETF.

It all started last month when the SEC rejected Grayscale’s application to convert its Grayscale Bitcoin Trust to an exchange-traded fund. The rejection stemmed from SEC’s concerns about market manipulation, the role of Tether in the broader crypto ecosystem and the lack of a surveillance-sharing agreement between a “regulated market of significant size” and a regulated exchange.

Grayscale revealed that it had started the litigation process to appeal the decision by filing a petition with the US Court of Appeals within just after one hour after SEC rejected its ETF bid. The digital asset manager wrote on June 30,

“Today, we received notice that our application to convert GBTC to a spot ETF was denied by the SEC. We are deeply disappointed by and do not agree with its decision.”

Today, the SEC denied our application to convert $GBTC to a spot #Bitcoin ETF. 🧵

Under What Circumstances Has Grayscale Filed the Lawsuit?

Our team has filed a Petition for Review with the D.C. Circuit Court of Appeals. This document officially initiates a lawsuit contesting the SEC’s decision.

Grayscale filed a petition for review with the US Court of Appeals for the District of Columbia Circuit bypassing the D.C. District Court as it shortens the timeframe to get the final decision. Grayscale Chief Legal Officer, Craig Salm, said,

“Because Grayscale is suing a federal agency – the SEC – we bypass the district court level, and our case moves immediately to the appellate court level.”

Grayscle debated that the SEC is acting “arbitrarily and capriciously” and “unfair discrimination,” in violation under the Administrative Procedures Act (APA) as well as the Securities Exchange Act of 1934 (“Exchange Act” or “‘34 Act”). Grayscale furthere added,

“The Exchange Act, or ‘34 Act, is what governs the ability of Bitcoin ETFs to be listed on national securities exchanges like NYSE Arca. Given that both types of ETFs are priced based on the same underlying Bitcoin market, we believe the Appellate Court will understand and appreciate these straightforward arguments.”

"The SEC is acting arbitrary and capricious," says @sonnenshein. pic.twitter.com/cAEPQ4ipOB

On the flip side, if Grayscale loses at the Appellate level, there are two options the company can seek. For one, Grayscale can pursue an “en banc” hearing, or appeal to the U.S. Supreme Court. To this context, Leah Wald, CEO of Valkyrie Funds, tweeted, that suing the SEC is not likely to succeed, noting that regulators could potentially approve a spot bitcoin ETF before Grayscale’s lawsuit ends. She added,

“Grayscale is putting up just enough stink to look like they’re fighting for investors when in reality they have next-to-zero chance of being approved.”

Not many people expect this suit to go in favor of @Grayscale, and there isn’t much precedent for such an outcome to occur. But in order to keep assets flowing in and ensure institutions remain engaged, this is the only real move they have left.

Last week, SEC also denied Bitwise Asset Management’s application for a spot bitcoin ETF. This is not the first time the goverment agency has rejected Spot-Bitcoin ETFs. SEC has denied over a dozen bitcoin spot ETFs in the past year alone while approving several bitcoin future-based ETFs.

Greg King, CEO of crypto fund issuer Osprey Funds, said the SEC’s decisions on the Grayscale and Bitwise applications were what he expected. He stated,

“We believe the SEC’s concerns around offshore trading of bitcoin have not been sufficiently addressed. This rejection confirms our belief that no spot bitcoin ETF will be approved in SEC Chair Gary Gensler’s administration.”

How Long will the Litigation Take?

The litigation can typically take anywhere from twelve months to two years, but could be shorter or longer depending on briefings, oral arguments, and a final court decision. Grayscale however seemed confident on the lawsuit expressing theat the final results should be in their favour. The company wrote,

“However long it takes, we believe the strength of our arguments should result in a final decision in our favor at the D.C. Circuit Court of Appeals.”

0
The SEC has again rejected Grayscale's application in order to convert GBTC into a spot ETF. Grayscale does not agree with this decision, and...
Read more
Bitcoin News

0
Grayscale announced new actions regarding the SEC response to the latest proposal and also new hiring for the next steps. In a tweet by...
Read more
- Advertisment -
Posting....
We use cookies to ensure that we give you the best experience on our website. If you continue to use this site we will assume that you are happy with it.OkPrivacy policy