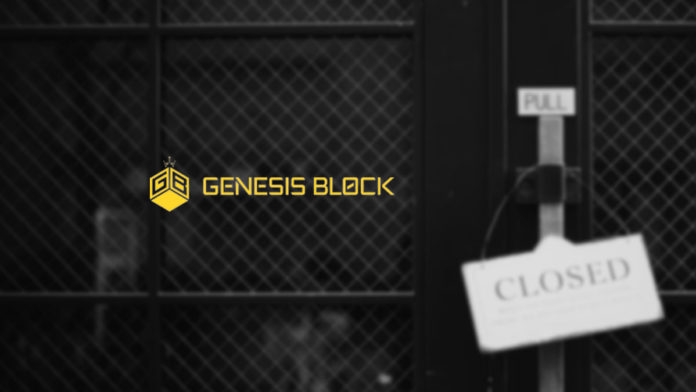 In the aftermath of the FTX fallout, Hong Kong’s leading crypto retail operator, Genesis Block, has announced it will cease trading as a result.

In an email sent by the company’s compliance department, which was viewed by Reuters as being sent to customers, Genesis Block, which operated one of Asia’s biggest bitcoin ATM networks at one point, announced that its trading platform would be closing down on Dec. 10.

Wincent Hung, the chief executive of the company, told Reuters this week that thanks to a lack of clarity over which counterparties would go under next, the company has ceased trading. In addition, it has closed all of its positions to restore some liquidity.

Additionally, the company has also requested that customers withdraw their funds, as shown in the email, and it won’t accept new clients. According to three people familiar with the situation, Genesis Block had already been winding down its Hong Kong business before FTX’s bankruptcy, cutting ties with the failed exchange earlier this month as FTX filed for bankruptcy.

An individual with knowledge of the matter told us that one Genesis Block official, who had previously served as a director for FTX Hong Kong, resigned his directorship this month for personal reasons.

According to Genesis Block’s website, the ATM network, which spans 29 locations in Hong Kong and six in Taiwan, still offers a guide on how to purchase FTT, the native token of the failed exchange using the ATM network.

As a result of Genesis Block’s retirement, Hong Kong, a city that is ranked among the most “crypto-ready” cities in the world based on the number of ATMs compared to its population, it makes it clear how difficult it is to enforce investor protection in a crypto market worth nearly $900 billion.

In spite of the recent crisis that started from the FTX exchange being huge, big crypto companies are not going to act the same as they did during the previous crisis. In spite of the FTX scandal, there are still many companies working in a healthy way in the market, and Genesis Block cannot have made their decision because of it alone.

In any case, similar companies can also be affected by this.