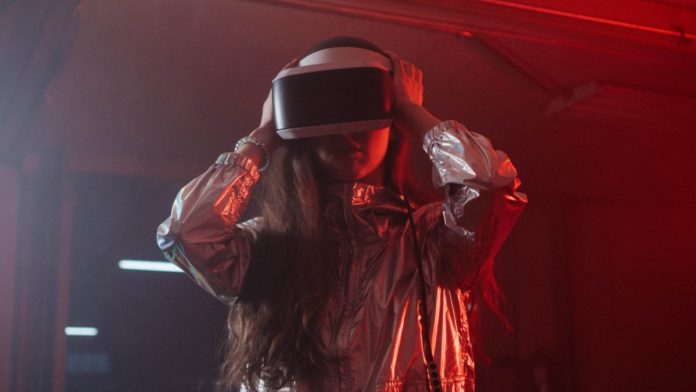 One of the most successful teams in European football, Paris Saint-Germain (PSG), has collaborated with Taiwanese celebrity, Jay Chou, to launch a new metaverse art project.

This comes on the heels after PSG filed a series of trademark applications to register its name geared towards a number of Web 3 services, including non-fungible tokens (NFT) backed multimedia, crypto wallets, cryptocurrency transactions and digital collectibles. The applications seek to establish PSG as a brand on several virtual memorabilia and trading cards, all authenticated by NFTs.

PSG is in the Metaverse!

Soccer in the Digital World

On June 19, the football powerhouse announced a partnership with Mandarin popular music superstar, Jay Chou, to create a metaverse project in order to revolutionize the art and charity space. The promotional video saw football megastars, Lionel Messi and Neymar join forces with Chou, teasing a preview of the artwork, which combines PSG’s mascot with Chou’s unique style of design.

According to the official blog post, Chou, who starred in popular movies like, “The Green Hornet” and “Now You See Me 2” will be represented by another Honk Kong based singer, Edison Chen’s company for the metaverse project. Last year, Chou, sold his white-glove art collection at Sotheby’s for a whopping $10.7 million. This year, the Mandpop star inked a deal with PSG to innovate a new form of metaverse art.

The collaboration aims to propell PSG’s popularity within Asia. By the same token, Chou is seeking to expand his reach in Europe and could soon announce a concert at Parc des Princes, PSG’s stadium, marking the first time a Mandarin artist has performed there.

This is not the first time PSG has experimented with crypto. The football club launched its own PSG fan token in 2020, and planned to use cryptocurrency to pay for part of the contract of Lionel Messi. The PSG fan tokens were created to give fans, some kind of decision power in some of the matters regarding the club. Marc Armstrong, PSG’s Director of Partnerships was noted saying,

“We have been able to engage with a new global audience, creating a significant digital revenue stream.”

0
In a testimony to the U.S. House subcommittee on commodity exchanges, energy and credit, Cardano founder, Charles Hoskinson, discussed in detail, the importance of...
Read more
CryptoCurrency News

0
In the thick of rising cost-of-living expenses, many British citizens are falling back on gambling and cryptocurrency investments for survival. Among the Group of...
Read more
Companies

0
Quentin Tarantino told a federal court in Los Angeles that a court couldn't stop him from auctioning off non-fungible tokens based on his screenplay...
Read more
CryptoCurrency News

0
The Qatar Central Bank (QCB) is looking forward to launch its own digital currency in tandem with the rest of the countries experimenting with...
Read more
- Advertisment -
Posting....
We use cookies to ensure that we give you the best experience on our website. If you continue to use this site we will assume that you are happy with it.OkPrivacy policy