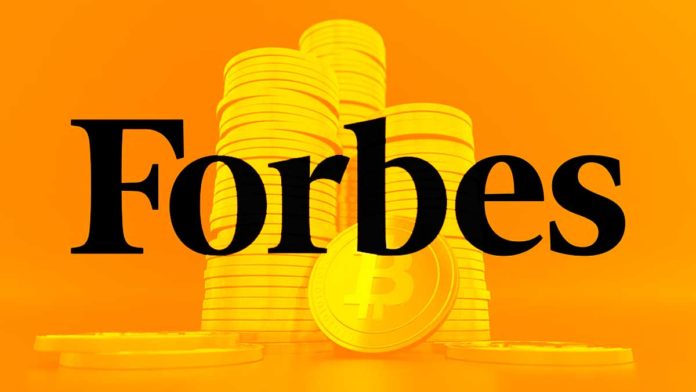 There are only four crypto entrepreneurs on the updated 2020 Forbes list of Billionaires published this week. Leading the pack is Bitmain co-founder Micree Zhan with $3.3 billion to his name.

Zhan and Wu are still battling out on the leadership of their company after Zhan was ousted from the top seat last year.

Second place was claimed by former Ripple CEO Chris Larsen who according to Forbes is worth about $2.6 billion.

Barely making the list is Coinbase co-founder and CEO Brian Armstrong worth an estimated $1 billion. The four billionaires rank globally at numbers 690, 1307, 886 and 2087 respectively.

It is worth noting that Binance co-founder Changpeng Zhao missed out on a spot on the list and so did Ethereum co-creator Joseph Lubin, both of which had appeared in the “Forbes Richest People in Cryptocurrency” list back in 2018.

At the time, Forbes estimated Zhao to be worth an estimated $1-2 billion while Lubin’s net worth was estimated to be somewhere in the ball-park of $1-5 billion. Gemini co-founders Tyler and Cameron Winklevoss didn’t make the rich list either with a combined net worth of $1.8 billion with individual figures barely crossing the billionaire mark.

Armstrong also features on the list of youngest billionaires which constitutes 15 individuals. Armstrong is the oldest at 37 years in the list which also features Facebook founder Mark Zuckerberg (36) worth an estimated $64 billion. Armstrong and his fellow Coinbase co-founder Fred Ehrsam have previously been recognized by Forbes in the Top 30 under 30 category as well as TIME magazine’s 30 under 30 people who are changing the world.

As the world gets bogged down by the COVID-19 pandemic, Forbes reports that a majority of billionaires on its list are poorer than they were last year. 51% to be precise, of the people on that list are now worth less than they were worth in March 2019. “In raw terms, the world’s billionaires are worth $8 trillion, down $700 billion from 2019.” The economy has been brutal for a lot of people across different social classes.

Binance makes a strategic investment of 200 million in Forbes

0
Binance has made a $200 million strategic investment in Forbes, according to the publication. Binance will assist Forbes Digital Assets and Web3 Strategy with...
Read more
CryptoNews

0
There is no denying that stablecoins have been a bone of contention for years. The entire cohort of this digital asset has been a...
Read more
Companies

0
The leading cryptocurrency exchange Coinbase has revealed that the US Securities and Exchange Commission (SEC) has threatened the exchange to sue it over their recently announced Crypto Lend product.
Read more
CryptoCurrency News

0
Co-founder and CEO of Coinbase Brian Armstrong announced that his company is going to add over $500M crypto to its balance sheet. The news...
Read more
Companies

Binance is Now Under Scrutiny in More Territories after the UK

0
Binance is now under scrutiny as other regulatory authorities are following up with Binance after the UK’s FCA action against the crypto exchange on June 25.
Read more
- Advertisment -
Posting....