Home Reviews What is Filecoin (FIL)? A Complete Guide
FeaturedReviews

What is Filecoin (FIL)? A Complete Guide 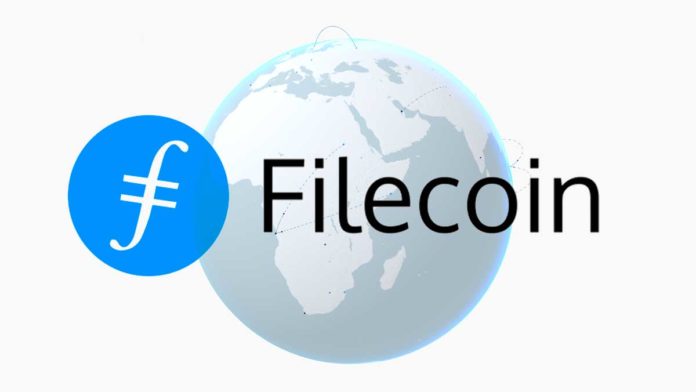 There exist many blockchain-based decentralized cloud storage projects in the market. Storj, Holo, Datum, and Siacoin are some examples of these projects. They are all cloud-based, which means they provide services at fixed prices and speed.

Filecoin is disrupting online storage services by providing peer-to-peer (P2P) services, just like the file-sharing services of BitTorrent. So let’s take a brief look at Filecoin.

Storing data online is very useful in this computerized era, but a great deal of security is required to make the stored data safe from hacking or leaking.

Facebook-Cambridge Analytica data scandal in 2018, where Cambridge Analytica harvested the personal data of millions of people’s Facebook profiles without their consent and used it for political advertising purposes, and numerous other smaller data breaches exposed the weaknesses of centralized storage.

What is Filecoin (FIL)?

Filecoin is a blockchain-based P2P storage service, developed by California-based Protocol Labs and FIL is the native cryptocurrency of the Filecoin network. The project was founded in 2014. Filecoin’s ICO was one of the most discussed events in the crypto world in 2017 when it raised $205 million in a 2017 token sale, which was the most raised ICO in at that time.

Filecoin launched its Mainnet in October 2020 and began the token distribution on October 19. With this, Filecoin became the fastest newly live blockchain to reach a figure of US$1 billion in market cap.

Unlike other cloud storage platforms, Filecoin offers a marketplace for users to set their own prices for uploading and hosting data and allows users to customize their orders by being able to prioritize speed, redundancy, and cost.

Filecoin is supported by the Interplanetary File System (IPFS) which is a protocol for distributed file storage. Filecoin blockchain uses a combination of Proof-of-Storage (PoS) and Proof-of-Replication (PoRep) consensus mechanisms to allow any data form to be stored in physically independent storage.

Filecoin protocol anyone in the world to rent out spare storage space on their computer. By allowing anyone in the world to join the network, it can create a huge source of data storage. During the Testnet phase, the network data capacity increased by more than 320 pebibytes. To put in perspective, this is seven times the entire written works of mankind, in all languages.

In Filecoin, miners are the heart of the network. However, mining in Filecoin works quite differently. Instead of contributing computational power, miners contribute storage capacity to be used in deals with clients looking to store data.

They are responsible for storing files and data on the network. They earn Filecoin by storing data for clients, and computing cryptographic proofs to verify storage across time.

Storage contracts between miners and clients on the Filecoin network are made through agreements called Deals. Once a user decides on a miner to store with based on their available capacity, duration, and desired price, they lock up a sufficient amount of Filecoin native token FIL in an associated wallet to cover the total cost of the deal. Once done, the deal is published on the network showing that the storage miner has accepted the storage agreement.

Each miner in the Filecoin network has an associated power value that is determined the storage space that he contributed to the network. The more space they contribute, the more chances they have to win the right to mine a block in every epoch. By mining blocks, miners obtain block rewards and collect fees for the messages included in that block.

Saving your documents on someone else’s computer is risky. So, Filecoin splits up data and stores each piece of data in different locations. This means the host cannot simply hack the document on their computer and gain access to the user’s files.

“They earn Filecoin by winning bids and mining fees for a particular file, which are determined by the market value of said file’s size. A retrieval miner’s bandwidth and bid/initial response time for deals (i.e., latency and proximity to clients) will determine its ability to close retrieval deals on the network. The maximum bandwidth of a retrieval miner will set the total quantity of deals it can make.”

How to Store Data on Filecoin?

Slate: This allows users to upload and store data on the Filecoin network directly from their browser. But, according to Filecoin, it only supports one time deals.

Lotus: It is full-featured client software capable of performing storage and retrieval deals on the Filecoin Network. To use this, users should have to install this software and keep it running in the background.

Starling: Starling is a decentralized storage application that is used where the authenticity of a file over time is of paramount importance.

Filecoin and Yearn.Finance The Cryptocurrencies With the Greatest Benefits this Week

0
During the week that Bitcoin had a promising move, Filecoin and Yearn.Finance had the best performance in terms of gains within the crypto world....
Read more
Companies

0
Kraken announced the addition of Filecoin (FIL) to its platform. The new token will be available for trading starting on October 15. "This will...
Read more
CryptoCurrency News

Ethereum [ETH] Foundation and Filecoin Partner to Build the Hardware for Ethereum 2.0

0
The Ethereum Foundation, in collaboration with Filecoin, a blockchain data storage network, is funding efforts to create specialized hardware that will be used to...
Read more
- Advertisment -
Posting....