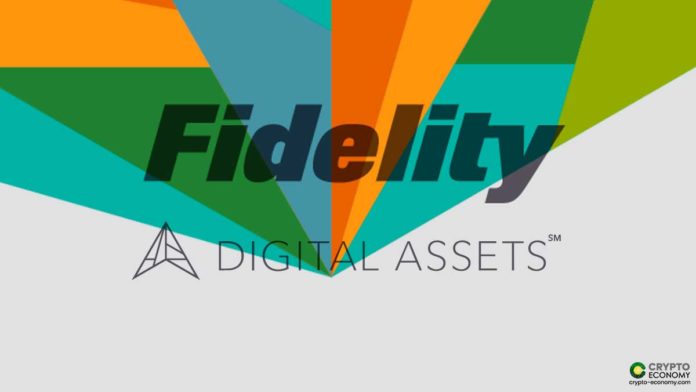 Fidelity Investments CEO Abigail Johnson told the FT that her company is now rolling out the service after a year of preparation.

The FDAS will specifically be offering cryptocurrency custody and trading services to accredited and institutional investors.

FDAS was initially scheduled to launch earlier this year but the launch was pushed back in favor of extensive tests and regulatory approval.

To test the service, Fidelity held an invite-only testing phase in which it invited a limited number of clients including hedge funds, family offices, and financial advisors.

In her interview with the FT, Johnson acknowledged that the services offered by FDAS are new and the industry is still in a nascent stage, however, she was quick to point out that it has massive potential.

“There are people out there with significant amounts of wealth in cryptocurrencies, probably Bitcoin, and they’re looking for somebody to hold those coins for them because in the event of their passing — which is going to happen at some point or another — you’ve got to have a plan to be able to get those coins to somebody else,” she said of the custody business.

Fidelity Investments is no stranger to cryptocurrency. Back in 2014, the company began mining bitcoin setting up a $200,000 mining rig.

Setting up a custody and trading desk is another natural evolution of the company’s business with the foresight of a pro-crypto CEO.

However, Coinbase Custody has a first-mover advantage over Fidelity having been announced in December 2017 and launched in mid-2018.

One thing that both Fidelity and Coinbase have in common is that they both believe in the long-term potential of digital assets.

Institutional investors have been hesitant to join the bandwagon majorly because of the custody bottleneck but now these two services should be able to waylay their concerns.

“As long as the value is there,” Johnson told the Financial Times. “people will look to preserve that value.” However, the choice over who to work with comes down to trust and reputation according to Johnson.

Speaking specifically about Coinbase, Johnson stated that the company is relatively unknown and that “they don’t have the existing relationships with the independent advisers.”

Stepping further into Coinbase’s territory, FDAS is seeking a license from the New York Department of Financial Services (NYDFS) to establish itself as a limited-purpose trust. This license will allow FDAS to operate in almost all territories that Coinbase operates and conduct pretty much the same business.