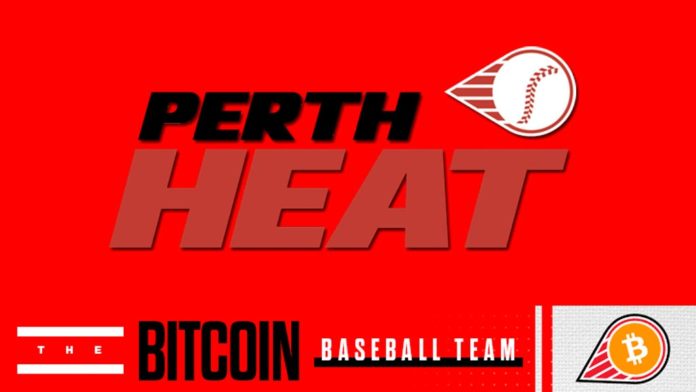 In an announcement on Tuesday, November 16, Perth Heat said that in partnership with OpenNode, it is “setting Bitcoin as the new standard for payments and payouts.” With the integration of Bitcoin into its operations, Perth Heat has become the first professional Baseball team to fully embrace Bitcoin and the Lightning Network for payment.

Unlike many other sports teams that are accepting Bitcoin payments just for their merchandise, Perth Heat will fully integrate Bitcoin payments and payouts into its organization using OpenNode.  Apart from merchandise, Perth Heat will players and its staff in Bitcoin, and will accept the cryptocurrency for sponsorship and ballpark concessions. Furthermore, the club will also hold Bitcoin on its balance sheet.

Perth Heat executives are firm believers of Bitcoin and view the future of money on Bitcoin Blockchain. The team now calls itself “The Bitcoin Baseball Team”. Patrick O’Sullivan, Chief Bitcoin Officer of Perth Heat, said that the club would continue to reinvest available capital into Bitcoin. He commented:

“We believe the world has begun to recognize the power of sound money principles and are determined to lead from the front. This is not a one-off purchase to hedge against future uncertainties or inflationary pressures. The Perth Heat are embracing the reality that the future of money and corporate treasuries will live on the Bitcoin blockchain.”

“By embracing the underlying values of the Bitcoin protocol we believe that the organization can reach new levels of success both on and off the field and remind the world of the true value of sports. We know the community looks to the Perth Heat as a model of success and we hope our adoption of a Bitcoin Standard will inspire others to embrace a monetary system that demands value creation to thrive. The players and organizational staff have fully embraced the opportunities that being paid in Bitcoin can provide.”

Bitcoin Faces Headwinds From The US Infrastructure Bill

While Bitcoin is steadily moving towards mainstream adoption, the crypto market has tumbled a little bit as the problematic US Infrastructure Bill has become law after Joe Biden’s signed it on Monday, November 15.

This law may reduce the anonymity of the crypto industry and increase the tax burden not only on crypto exchanges but also on developers and network validators. The coin fell to as low as $58,755 in the last 24-hours, according to CoinMarketCap. This is a single-day drop of more than 10%. Almost all the top-20 assets fell more than 10% in a single day.

0
The global crypto market cap was threatened with a drop below the $1 trillion mark again as it was trading at $1.01 trillion. Bitcoin...
Read more
Bitcoin News