Home CryptoNews Metaverse Everything you need to know about Metaverse
FeaturedCryptoNewsMetaverseReviews 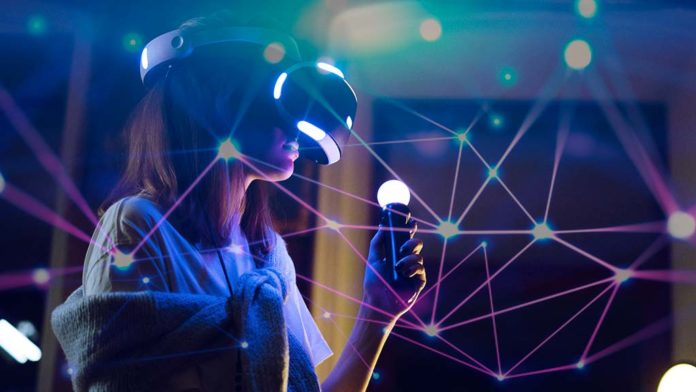 The world is seeing a whole new paradigm in the form of the Metaverse. Beyond static website pages to a whole new level, user-generated content that is filled with interactive experiences is what Metaverse aims to bring in.

It was, in fact, the popular 1992 novel Snow Crash by Neal Stephenson that first coined the term – Metaverse. The book was written almost three decades, at a time when virtual reality [VR] headsets were rare. Here, humans were avatars who essentially communicated with each other and software agents in a 3D virtual space similar to the real world.

Stephenson’s breakthrough novel has today reached the status of a cult classic and has become a canon in Silicon Valley. Today, a myriad of engineers, tech-entrepreneurs, futurists, and computer geeks still consider Snow Crash to have set a remarkable vision of the current tech landscape that is evolving at a pace never imagined before.

However, the concept of Metaverse found even more significance after the transition towards the second iteration of the internet, also known as Web 2.0. To sum up, the elements of Metaverse include an online, 3D universe that merges several virtual worlds and enables users across the world to interact, meet, chat, work, as well as play games together.

Often referred to as the next generation of the internet, the term “Metaverse” is comprised of the prefix “meta,” which means beyond and the stem “verse” from “universe.” It can be described as a virtual space inside the spectrum of digital environments like online games, social media, along with augmented reality [AR].

It can be thought of as a virtual theme park that facilitates the seamless movement of users within the shared digital universe. There are no constraints with regard to size or creativity.

Building the Metaverse will require innumerable new tech, protocols, platforms, innovations, and discoveries. However, the five basic components without which it cannot function are:

1. A global computer internet
2. Setting proper standards in place to enable compatibility across platforms for the purpose of audio, video, images, text, three-dimensional scenes, and vectors, among others.
3. Implementing permissionless, transparent, and censorship-resistant blockchain for the purpose of securing transactions in a robust ecosystem.
4. Setting programming languages such as HTML, WebAssembly, Shader Language, JavaScript, etc.

The collusion of Metaverse, blockchain and NFT

Unlike the traditional world of gatekeepers, the combination of blockchain and NFT across several sectors have bolstered their respective functionalities and has opened up avenues that can disrupt the internet that we know today. Adding Metaverse to it gives the paradigm a whole new spin. Let’s dive in deeper to understand its significance.

As a matter of fact, the virtual world of the metaverse may completely convert into a trillion-dollar economy. Leveraging blockchain and decentralized applications [DApps] will help the ecosystem to diversify and bring in elements of entertainment in addition to being a revenue-generating source.

Additionally, with the help of blockchain technology, the work of artists, editors, musicians, etc., and their incomes will be preserved safely and securely. It also allows the creator to be in charge of their creation as well as have access to the value they offer to users.

Another space that has been creating a lot of buzz is the non-fungible token [NFT]. While this sector has barely started to scratch the surface of the technology, the current market hype has paved the way for infinite possibilities for a whole new cohort of innovative budding entrepreneurs to make a living in virtual worlds, earn real value, and accumulate steady income.

With respect to business engagements, virtual space is significantly cost-effective when compared to physical ones, which may burn a hole in the organization’s pocket.

In short, Metaverse aims to empower its consumers by setting the stage for income generation by engaging in the economy while helping the service providers with promotion, brand imaging, and customer retention. Undoubtedly, Web 2.0 brought about social media giants that acted as platforms for brand awareness. On the other hand, Metaverse has the potential to revolutionize this space by creating an immersive experience that will facilitate brands to ink crucial collaborations with the end-users with the help of digital goods.

Metaverse movement – Gaming and beyond

Technology often delivers surprises that nobody predicts. A couple of years ago, hardly anyone anticipated that gaming could serve as the training wheels for the metaverse. A mechanism such as this would include, the communication within, how users navigate and think about virtual spaces. In this sense, it is safe to say that gaming is set to become one of the early adopters of any metaverse created.

While it is vastly true that gaming appears to be not only the genesis but also the current center of Metaverse, however, fashion and beauty brands are positioning themselves for the future and are also not far behind. Big names in the fashion industry, such as Louis Vuitton and Estée Lauder, are at the forefront of this brave new world.
Top that, the world of food and beverage brands is slowly dipping its toes with integrations such as Wendy’s-Fortnite, RedBull’s investment, etc.

Coronavirus-induced quarantines and lockdowns since early 2020 have driven people across the world to spend even more playing video games, exploring, socializing, and shopping in virtual worlds. Hence, the tech giants are now considering the Metaverse as their macro-goal.

Over the years, science fiction authors have tried to capture fantastical and, at times, unrealistic visions. Even if the Metaverse, in the beginning, falls short of these expectations, it could still materialize to be a functional “successor” to the web. It would not only enable greater reach, more time spent but also bolster commercial activity. More than a trend, Metaverse will become a necessity for businesses in the near future.

With so many disruptions taking place across different verticals, humankind is now on the cusp of the next stage. This seismic shift could potentially tear the fabric of everything that existed before. Metaverse will pave the way for a new era that will unlock incredible creativity. The brands and businesses are chasing what they tout to be the next big thing.

JP Morgan is Looking to Hire a Crypto and Metaverse Specialist

0
Polygon is counted among the most reputable firms in the blockchain space. It is now looking to explore new opportunities in order to get...
Read more
- Advertisment -
Posting....