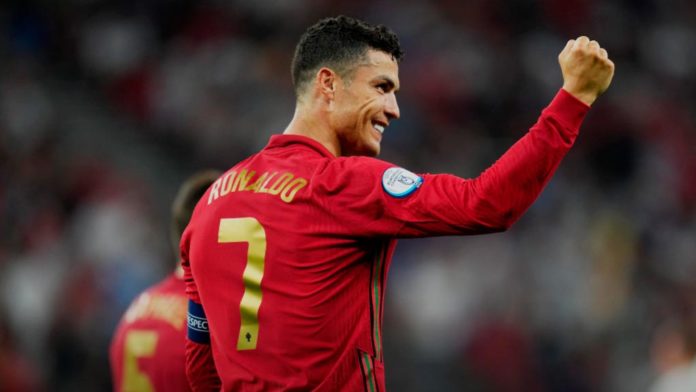 According to a blog post by the Union of European Football Association (UEFA), Alipay, a payment platform by Ant Group, Alipay Top Scorer Trophy incorporates blockchain technology in the form of a unique hash value, so that the achievement and honor of the winner can be permanently preserved on AntChain.

Alipay is UEFA’s official global payment partner for prestigious tournaments such as UEFA EURO 2020 and 2024 as well as the UEFA Nations League finals. In November 2018, Alipay signed an eight-year deal to become a UEFA sponsor from 2018 to 2026.

AntChain, the blockchain business of Ant Group, has also a five-year global partnership around blockchain technology with UEFA. As part of this partnership, Alipay annouced the AntChain-based Top Scorer Trophy that was to be awarded to the top scorer at UEFA EURO 2020, with the winner’s scoring records being uploaded to blockchain for permanent storage for the first time.

Alipay launched three trophies: Gold for top scorer, Silver for 2nd top scorer, and Bronze for 3rd top scorer. As EURO 2020 has ended with the Portuguese superstar at the top, Ronaldo has won the first blockchain Alipay Top Scorer Trophy in the history of the European Cup. His achievements and honors in this European Cup Will be recorded on the AntChain.

Czech Republic’s Patrik Schick and the French start Benzema also won the silver and bronze cups respectively. These trophies are also blockchain trophies and are supported by AntChain. These digital collectibles will be permanently collected by UEFA, and 1600 copies will be distributed to fans who have won the European Cup quiz.

The trophy consists of a base that contains a blockchain hash and shapes like a Chinese character “支” that is pronounced as zhi and means payment and support.

AntChain, founded in 2015, is Ant Group’s technology brand. The AntChain platform consists of three layers including the underlying Blockchain-as-a-Service open platform, the digitalization of assets, and the circulation of digitalized assets.

The platform offers products and solutions that include AntChain Traceability as a service (TaaS) to provide a traceability solution to benefit all stakeholders in a supply chain, AntChain Morse MPC platform to help organizations to facilitate joint marketing, joint risk control, and joint scientific research and Digital Seal as a Service (DSaaS), blockchain-based data certification and notarization service.

0
The largest cryptocurrency exchange in the world, Binance has signed a partnership deal with one of the most popular footballer of all times, Cristiano...
Read more
CryptoNews

Now You Can Monetize Your NFT Projects on Alibaba Cloud

0
Alibaba Cloud announced the company is holding a summit to showcase its newest products and services during the event in Dubai. An announcement regarding...
Read more
Companies

0
Popular cryptocurrency exchange Binance is slowly expanding its service provision back to its homeland in China. This week, it announced the launch of the...
Read more
Companies

0
Jack Ma, the executive Chairman and co-founder of Alibaba revealed his perspective on the future of blockchain technology by saying that unless the technology...
Read more
- Advertisment -
Posting....