EtherInc: create, manage and operate organizations democratically all over the world 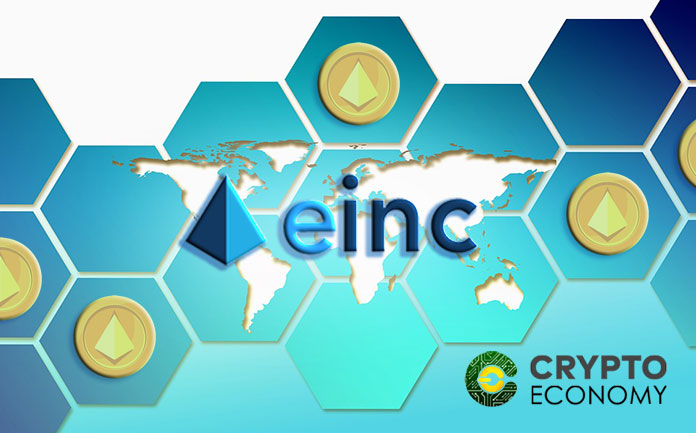 The blockchain technology brings not only possibilities of economic innovation, but also allows the development of entities whose operation is decentralized, making the participants of each blockchain development real drivers of each platform. In EtherInc they have that quite clear, and in that idea they developed their proposal.

The EtherInc project is based on creating alternative protocols that run decentralized organizations and applications, which are capable of providing different compensations that help them to function more efficiently and, therefore, generate more interactions.

For this, EtherInc is based on a blockchain with a complete turing programming language, which allows users to write intelligent contracts and create decentralized applications under their own rules, transaction formats and state transition functions.

It is possible to develop basic versions of namecoin by writing two lines of code, and other protocols such as coins and reputation systems. On the other hand, intelligent contracts and cryptographic “boxes” that contain some value are able to be unlocked only if certain conditions are met, they can also be built on top of the platform, with more power than the sequences offered by them. Bitcoin commands due to the additional powers of Turing consciousness, blockchain-consciousness, and state. 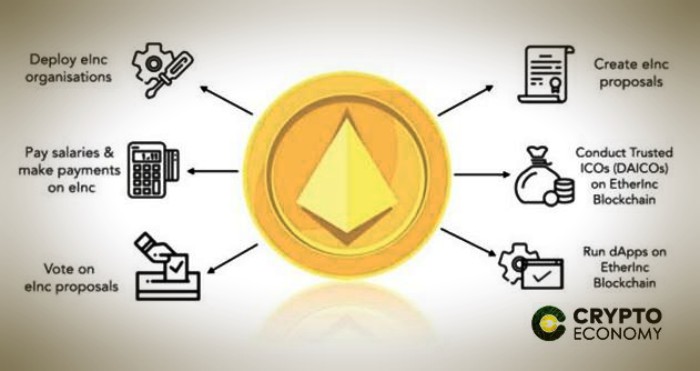 EtherInc (also known as eInc) is making DAOs a reality. Electronic organizations have relied on this platform for its decentralized aspects, like Bitcoin, which are not limited by geographies, intermediaries and other similar restrictions.

EtherInc has understood the concept of teamwork very well, therefore, it has groups that collaborate around the world and more and more people join, gaining more momentum in recent years. This work methodology opens up new possibilities and avenues, since a system works efficiently when all those involved are part of a common organizational framework that is regulated by the corresponding bodies of a jurisdiction.

But not all organizations are heading in that direction in the future, as traditional businesses are being replaced by resilient startup organizations where teams are no longer chained by geographies and jurisdictions.

In this case, the ETI tokens represent the crypto-fuel for the EtherInc blockchain, which in addition to being part of the transactional backbone, can be used in many ways.

EtherInc offers its customers two wallet options after separating the existing open source of MEW (MyEtherWallet) and MetaMask. The EtherInc Blockchain configuration was implemented and a web wallet was launched and a browser extension based on Chrome.

The different eIncPlatformEtherInc layers were created as an Ethereum fork in block 5078585.

Peer-to-peer communications between nodes that execute eInc clients are carried out using the underlying eInc protocol. eIncdOrg + Utility dApps eIncdOrg allows you to create and implement DAO in the “eInc frame”. One can use other useful dapps or create their own dapps above, for example, HR Bot dApp, Payroll dapp, etc.

Web3.js is a library collection that allows you to interact with a local or remote eInc. Blockchain node. eInc UI eIncOrganization Explorer allows a user to manage eInc, create proposals, perform actions in the eInc organization and maintain a record of all transactions.

EtherInc allows teams around the world to create, manage and operate decentralized democratic organizations that are more resilient and reliable. This allows the efficient creation of value without borders, restrictions and costly intermediaries or a trusted third party. This is something similar to what Bitcoin achieved in the payment space.

To learn more about this interesting platform and its ETI token, we suggest checking its White Paper, and joining their Telegram channel to stay up to date on all its news.