Will Ethereum Remain Stagnant in The Short Term? 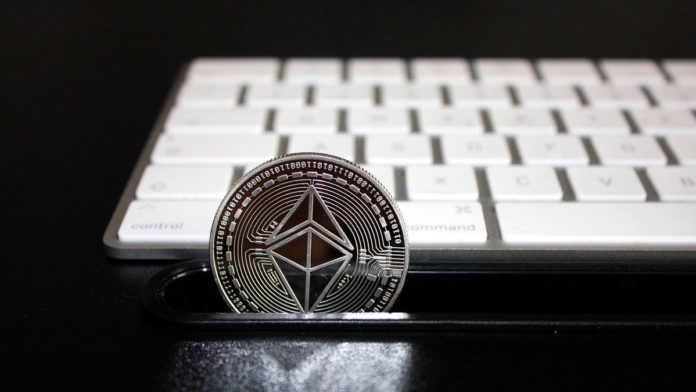 While it’s undeniable that the vast majority of investors still prefer to purchase bitcoin, Ethereum still strongly sits in the #2 position by market cap, valued at over $300 million.

With that said, the ETH blockchain has been definitely experiencing some shortcomings as of late. From the astronomical transaction fees due to the saturation of the network to the rise of some very interesting competitors, Ethereum developers have a lot to deal with lately.

This article will go over the latest developments in the industry that might affect Ethereum’s spot in the crypto markets. To this end, we will analyze some of its main usages, their issues, and the upcoming updates that might address them.

Before we begin, let’s have a quick overview of the Ethereum blockchain its functionalities and advantages, and drawbacks.

Ethereum is the first, and to this day, the most popular smart contract blockchain on the market. With the release of Ethereum, we were introduced to a revolutionary upgrade of the original blockchain technology.

Thanks to smart contracts, we could use blockchains for much more than just transacting digital currencies over the internet. Ethereum allows us to tokenize anything of value and exchange this digital representation using secure blockchain protocols.

Moreover, more than just a vessel for transferring value, the network functions as a global supercomputer. Developers can create their own cryptocurrencies and deploy decentralized applications (dApps).

Dapps have not only enabled us to create the decentralized finance industry, but also revolutionize and disrupt a large number of other sectors such as chain of supply, medicine, etc.

Applications and uses of Ethereum

Worth noting is that the use cases depicted in this chapter aren’t exclusive to Ethereum, and can be applied to any smart contract blockchain. However, Ethereum is the home of thousands of running projects with real-life applications, far in front by usage than any other blockchain on the market.

In our opinion, there are two major niches whose growth will directly impact the price of Ethereum in the future.

Short for decentralized finance, DeFi is a financial ecosystem that provides traditional financial products without the need for intermediaries such as banks or brokers. Users can access peer-to-peer services including lending, borrowing, staking, and crypto exchanges powered by smart contracts.

Thanks to the decentralization blockchain technology provides, many are counting on DeFi to become a serious competitor to the traditional banking sector.

NFTs and the metaverse

NFTs are non-fungible tokens created on the blockchain and can be used to digitize anything of value such as works of art or real estate. There are multiple advantages to tokenizing on the blockchain, such as increased liquidity, resistance to fraud, and instant proof of ownership.

Wide usage of NFTs and blockchain can lead to the emergence of a metaverse, where users can participate in a virtual world with a real economy.

As we previously mentioned, Ethereum has been experiencing some issues lately, and it can be said that it has become a victim of its own success.

Ethereum is shifting to proof of stake

You see, the Ethereum blockchain still functions on a Proof-of-Work consensus mechanism, which is highly inefficient, slow, and expensive. PoW blockchains are notorious for scaling poorly, and the success of Ethereum has caused network saturation causing slow transactions and extremely high transaction fees.

However, the developer community is working on implementing a major upgrade to the network, simply called Ethereum 2.0. This upgrade, which will happen somewhere during 2021-2022, will migrate the Ethereum blockchain to a much faster and energy-efficient proof-of-stake consensus model.

This means that the network will finally be able to deliver the high number of transactions needed for mass-scale usage.

The rise of the smart contract blockchains

With that being said, a large number of PoS smart contract blockchains have been trying to fill the gap left by Ethereum.

Most notably, Binance with its Binance Smart Chain (BSC) has been making waves in the industry by providing a working, fast and cost-effective smart contract platform. As such, BNB, the token used for the gas fees on the BSC has skyrocketed in value, reaching the coveted #3 spot, its market cap valued at just shy of $90 billion.

While it’s still far from ethereum’s $300 billion, the ETH dev community will have to deliver on their promises with the ETH 2.0 update. Otherwise, we might see a mass migration of dApps towards better-performing smart contract platforms such as BSC, Tezos, or Solana.

While Ethereum remains very popular for developers, it is certainly entering a crucial period that might make or break the project going forward. The gas issues must be resolved sooner rather than later, otherwise, projects might move to competitor platforms for their smart contract needs.

julia
Julia is a Cryptocurrency enthusiast, is responsible of communications and the PR department of Crypto Economy. Self-taught and eager to learn day by day about the world of blockchain and cryptocurrencies.
CryptoCurrency News