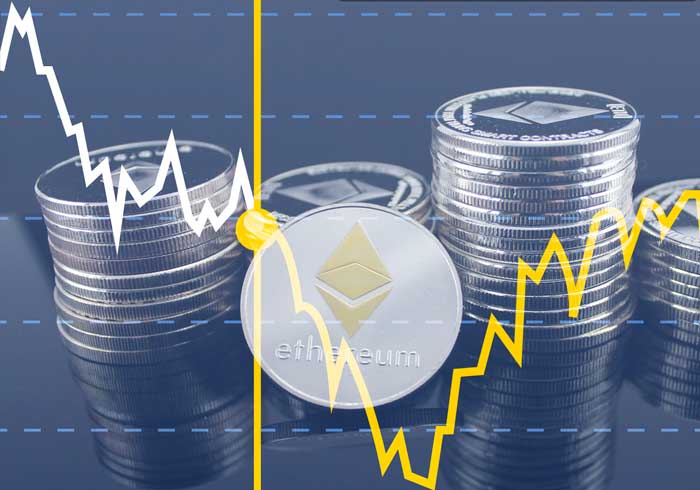 On a weekly basis, ETH prices are stable adding roughly three percent in the last week. However, it is still ranging and trading below our resistance zone between $250 and $300. Therefore, considering the low volatility, our trade conditions are yet to be met and as such we retain a neutral to bullish stance as far as trading is concerned.

The bullishness is because of the obvious divergence between fundamentals—government adoption, Constantinople, Shasper and other scaling solution proposition—and price action which is consolidating losing three percent in the last day.

Thing is the Ethereum Virtual Machine is the heart beat of Ethereum. With the EVM, every token, smart contract, dApp and everything else that runs on the platform can operate. In simple terms, the EVM though powerful and necessary needs a retrofit for efficiency purposes.

The community is deliberating on the best way to increase performance and reduce overhead and it all zeros in to the language in use. The current EVM has its own language called the EVM Byte code made up of 256-bit information strings.

To quote Lane Rettig, an Ethereum developer, the language is some sort of a “Swiss Knife” doing a “bunch of things but not incredibly well.” Besides, there is this theoretical optimization that makes it inefficient for practical use. This is why rewiring is necessary and in its place a new virtual machine called eWASM has been proposed.

EWASM is Ethereum’s version of WebTool and the tool was created for standardization purposes by the W3C team. There are several advantages that the new virtual machine draws.

Topping the pile is the ability of creating smart contracts not only in Solidity but in other common programming languages as Java and the likes. Secondly, there is marked improvement in performance because eWASM is designed with production in mind as it the effort to translate various logics is less in eWASM. According to Letting, the new EVM can “closely mimic actual hardware instructions”. 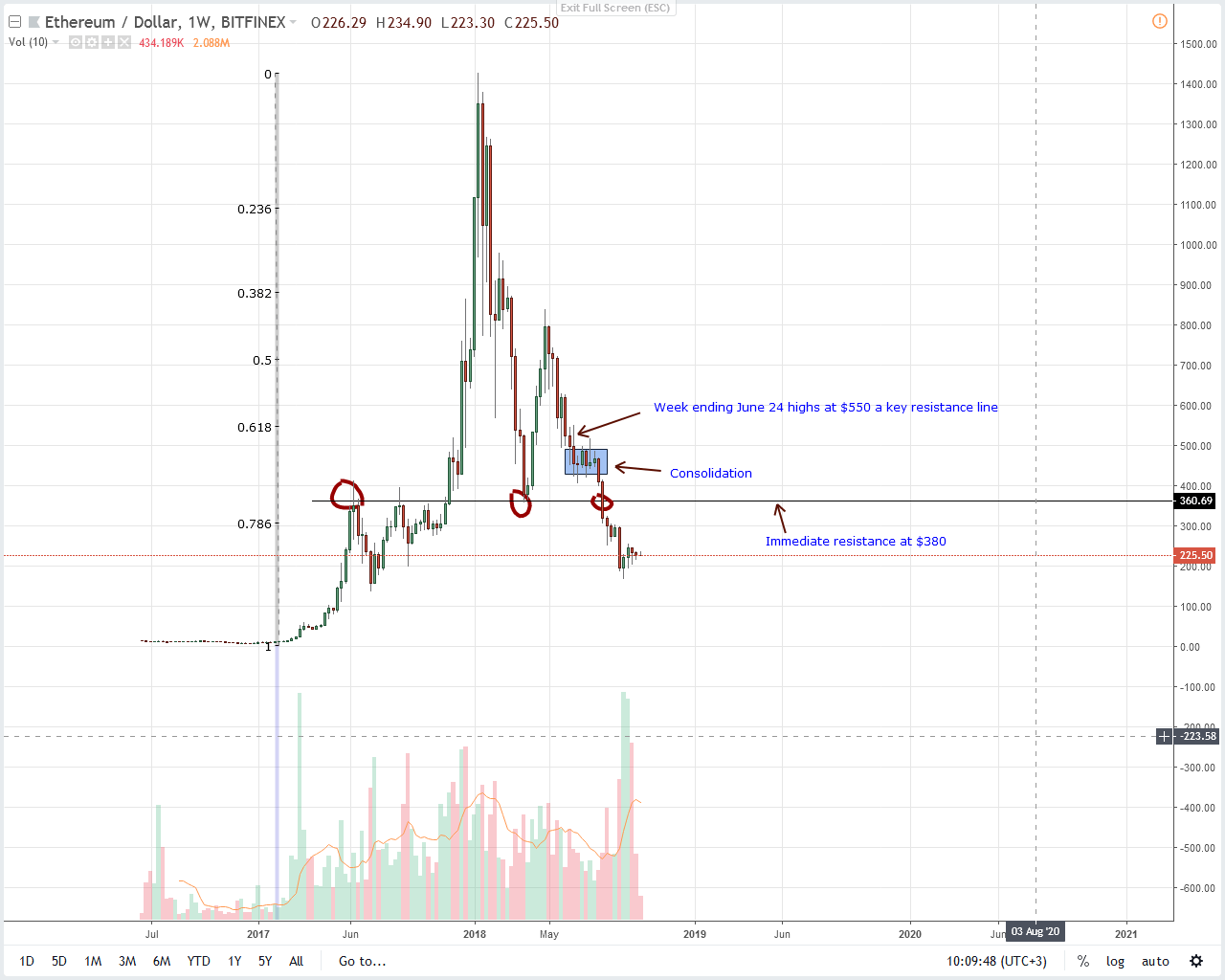 Price wise, it’s clear that bulls are having a hard time against marauding sellers. Prices are stable and that has been the case in the last three weeks after that temporary spike of week ending Sep 23. Currently, odds are sellers might end up driving prices lower reversing gains and dashing bull expectations.

As laid out before, traders need to see sharp rallies above the lower limit of our resistance at $250 triggering longs. That shall trigger the first wave of bulls aiming at $300 and $400. Later, and assuming bull momentum is strong, thrust above $300 would usher in risk-on bulls reversing week ending Sep 9 losses. If anything, when this happen then ETH bulls would be officially in control.

At the moment, the failure of bulls to reverse week ending Sep 9 losses despite attempts of higher highs mean we retain a neutral position. Conversely, losses below Sep lows at $160 translate to bear trend resumption and it’s likely that the next bear stop would be at $75. 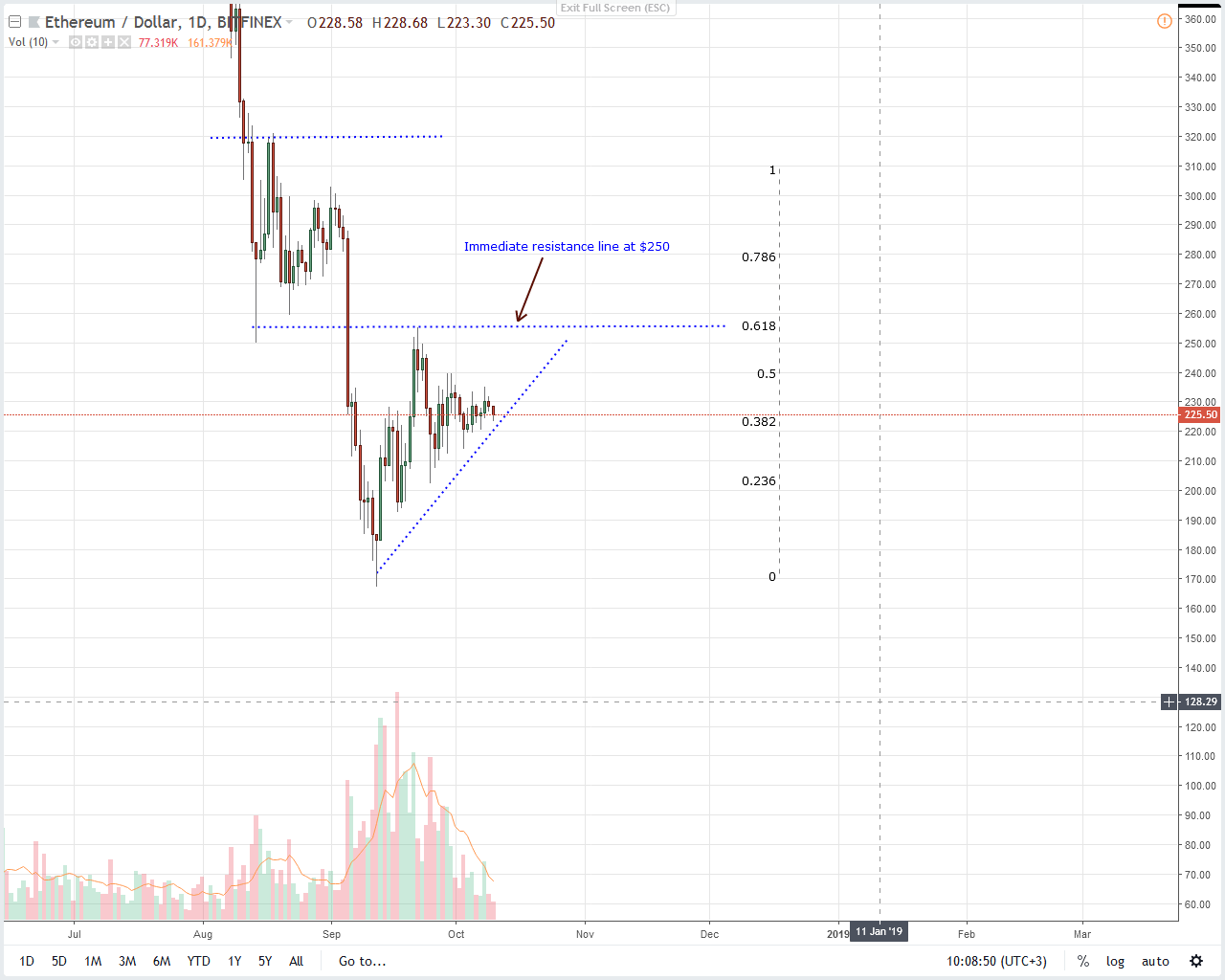 On to the daily chart and ETH is not only consolidating within a tight $20 range but it’s likely that prices are accumulating inside an ascending wedge.

The lower limit of this wedge is the last one month trend line acting as minor support and sell trigger line.

On the upside, $250 is our immediate resistance line and bull trigger. Because of risk-reward prohibition, we suggest risk-off traders to hold off trading waiting for a break out trade as aforementioned. Drops below the support trend line would likely fuel losses towards $200 or lower. However, gains above $250 could open doors for $400.