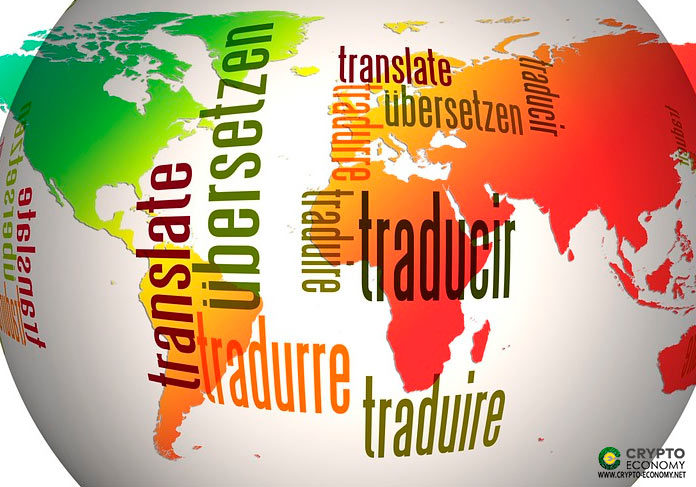 The biggest impediment to adoption, not just for products or services but also technology is the difference in language and culture. Blockchain is no exception. As a novel technology, it has taken the world by storm. The feature of anonymity and privacy that imbue most of the projects in the space has attracted developers and users alike from across the world to work on different projects.

This means that the language barrier is more prevalent in this technology than in most. Developers across the world are limited in the number of projects to which they would contribute simply because they cannot speak or understand a certain language in which the majority of the team members is conversant.

Ethereum, the largest altcoin, and the leading smart contracts platform is seeking to solve this problem. This week, the Ethereum Foundation has announced its new translation program seeking to make the Ethereum.org website and its resources available in at least 15 languages.

As part of the announcement, the foundation said that the first translation into the Korean language is complete thanks to contributions from a team led by Taeyeon Kim. Korean speakers can access the new version through Ethereum.org/ko website.

That’s one down and 14 more to go. According to the foundation, it will be focusing on translating Simplified Chinese next, as four other popular languages are slated to be covered soon after. These include translations for Japanese, Russian, German, and Italian. The priority of language translations was ordered through analysis of users’ interest through searches as well as visits to Ethereum related websites.

“The translation program will be a combination of volunteer-driven translations, project management from the Ethereum Foundation team, and professional translation services where needed to fill gaps or to provide audits,” the announcement reads.

So far the focus is on the recently released website interface and content. This means that the translations are mainly for the website alone including the navigations and other website-specific content. However, there is a plan to include more resources for translation such as the documentation, blog posts, and user guides.

It is a worthy initiative to make the English-focused content available in other languages. This would ideally open up the ecosystem to the marginalized communities that would have otherwise not been able to contribute or even access the features touted by most projects such as financial inclusion. It’s a great first step to making Ethereum truly global.

0
Ethereum appears to lack a clear direction after sustaining over 5% losses as the weekend blue approaches. An imminent breakout could be in...
Read more
CryptoNews

Injective Bridge is now live; What does this mean for DeFi users

0
That Bitcoin is still steady above $45k is a miracle. The downturn of September 7 was nearly a death spiral. However, the resilience of the...
Read more
Ethereum News

0
The Ethereum price is stable but down after September 8 steep losses saw the coin retest $3k. At this rate, the path of least resistance...
Read more
Bitcoin News

0
Just as El Salvador adopted Bitcoin as legal tender to pave the way for financial freedom, the bold move was hit by a...
Read more
CryptoCurrency News