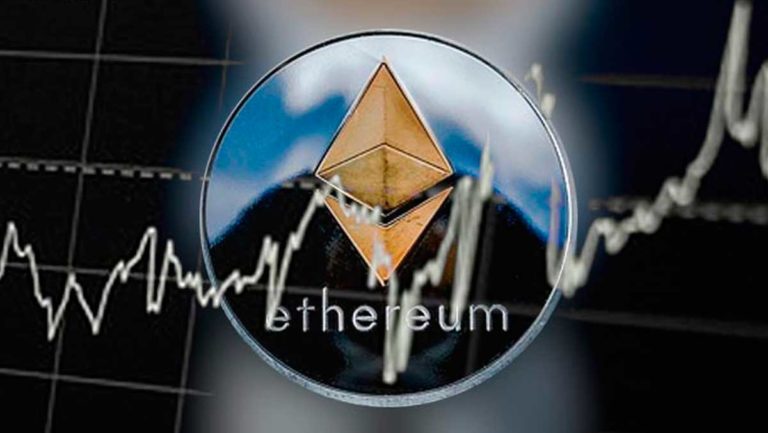 There is no better time than to get involved in Ethereum than now, this is what Grant Hummer of Chromatic Capital says. In his view, an array of technical implementations would see the network cement its position as a smart contract leader and a home of decentralized applications (dapps).

“From my vantage point, the future looks bright for Ethereum. There are no other smart contract blockchains with anywhere near the critical mass of researchers, developers, users and projects that Ethereum has, and there’s no better time to get involved. Ethereum is on the cusp of the biggest and most important upgrade it will probably ever undergo, an upgrade that, if successfully implemented, will create massive amounts of value for the world.”

Proof of Work to Proof of Stake tags Scalability

Ethereum is in the early stages of a network defining transition, shifting from a Proof of Work consensus algorithm, to a Proof of Stake system which rids miners and introduces validators.

Developers, including the co-founder and Ethereum’s poster boy, Vitalik Buterin is adamant that the move, although staggered to reduce technical risks, is vital for the Ethereum ecosystem.

In the course of their evolution, Ethereum developers, with helping hand from various entities including Ethereum Foundation, are contributing and funding teams that will make the process smooth and hitch free.

Notably, once Ethereum 2.0 is active, the network will process thousands and even millions of transactions per second, a drastic improvement from the current hard-to-scale network powered by thousands of energy-demanding full nodes. 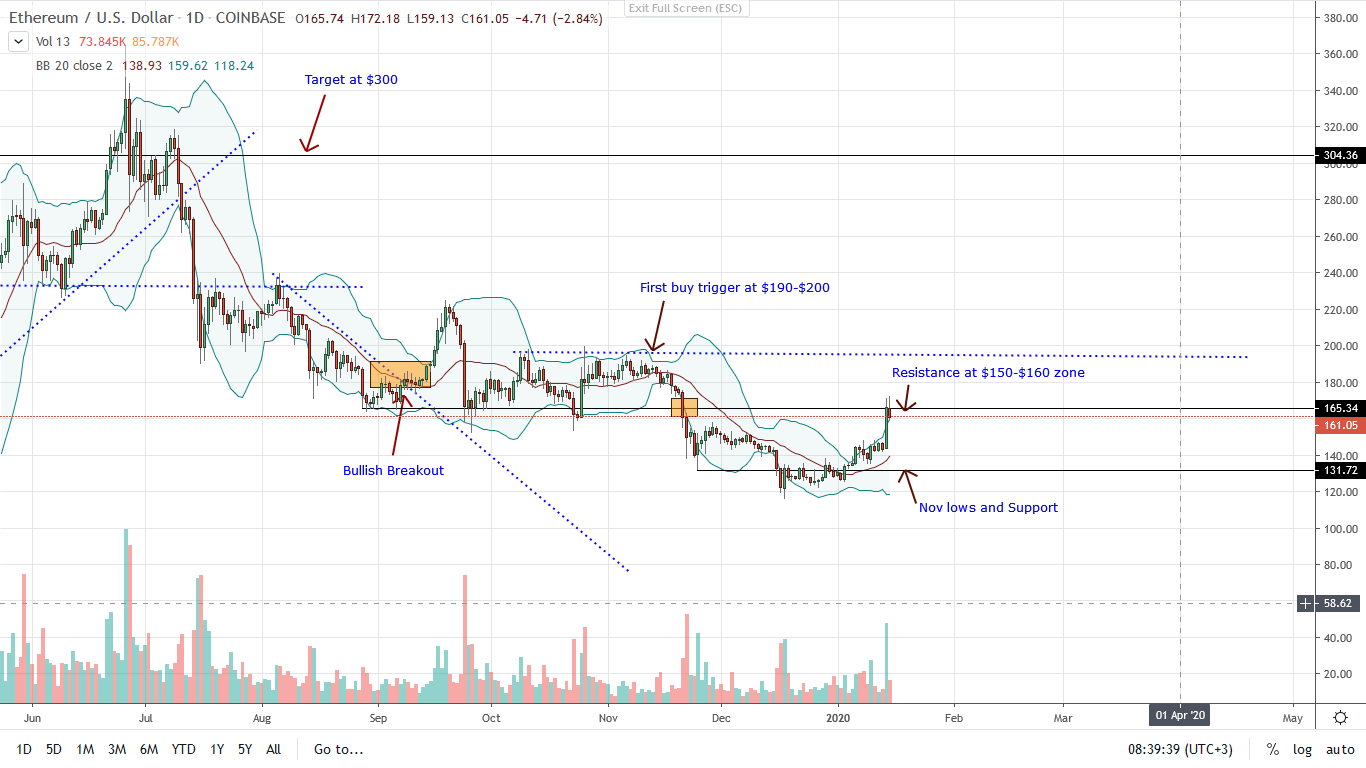 At press time, ETH bulls are in control. Like BTC, ETH gains have been impressive and steadying after yesterday’s sharp up-thrust.

ETH prices are firm above the 20-day MA and are closely banding along the upper BB at the back of increasing trading volumes. Also, prices are also trending above December 2019 consolidation in a bullish breakout pattern.

Considering the level of participation and fundamental events now that the double bar bullish reversal pattern and higher highs of Dec 17-18 has been confirmed, aggressive traders can buy the dips and aim for $200, the immediate resistance zone.

It is imperative that buyers comprehensively break and close above the support-turned-resistance at $160 for trend continuation. Ideally, the close above $160 ought to be with high trading volumes equaling or exceeding sharp losses of Sep 24.

If not, then it will complete a typical retest and open doors for further decline mirroring losses of Q3 2019.