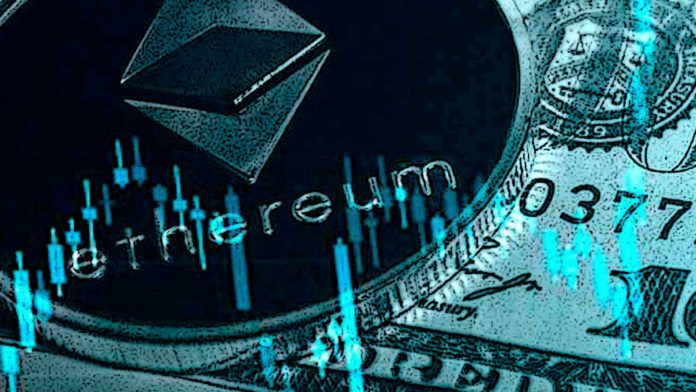 To some degrees, the crypto winter of 2018 cleansed the blockchain market. Projects that promised heaven on paper but delivered hell in practice took a hit as regulators cracked down on some of them. Most where scams and as the number of dead coins increase, rebounding prices of early 2019 did resuscitate the market.

Nonetheless, Ethereum (ETH) prices remain suppressed. It has dropped by over 50 percent since hitting highs of $265 in mid-2019. Unfazed, analysts and project believers are bullish on the project’s prospects despite technical hitches in late December 2019 that spilled into the new year.

Following the activation of the Istanbul hard fork, it was later realized that the Difficulty Bomb wasn’t postponed meaning the network, known for being faster than Bitcoin, slowed down.

On average, transactions took anywhere from 3 to 20 minutes, a notable drop, forcing developers to scramble and call for another hard fork on Jan 1—it was activated without hitches.

Ethereum can scale by up-to 2,000X because of Istanbul

Partly because of this—and the lack of a crystal path on the network’s development, critics labelled developers as reckless, and the uncertainty explains why CoinFloor delisted ETH and investors are worried of its trajectory.

Shaking of this however, StarkWare now says the activation of Istanbul hard fork would help scale Ethereum by up-to 2,000X while keeping the cost of gas low. 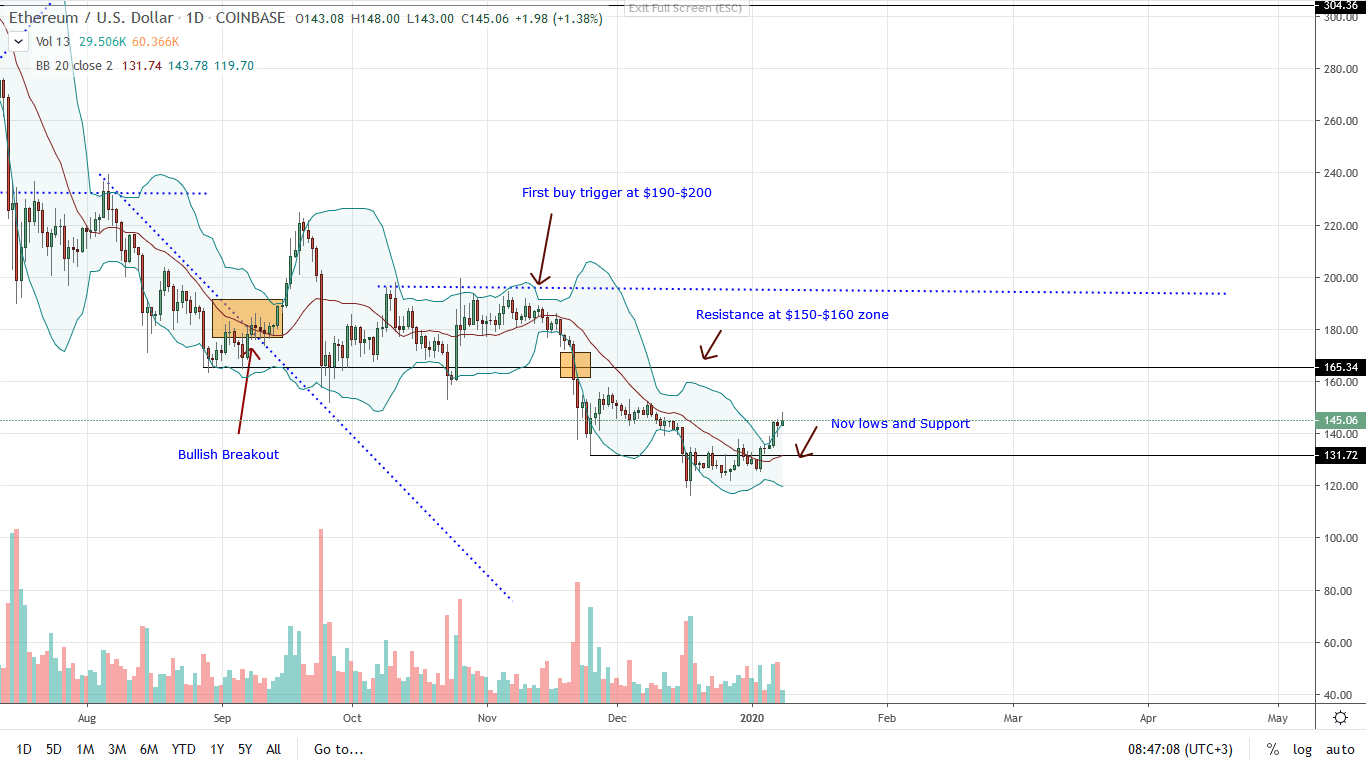 Week-to-date, ETH has scored against USD, adding 11.6% but still in red against BTC. But price action points to bulls. In the last day for example, bulls didn’t build on the rapid gains of Jan 6. Nonetheless, prices broke and close above the consolidation of the last two weeks of December.

Notably, ETH has reversed the sharp losses of Dec 17, confirming the double bull bar reversal pattern of Dec 17-18 at the back of increasing trade volumes. Also, for the first time in over two months, ETH prices have comprehensively close above the 20-day MA. Since prices are also banding along the upper BB, it appears that bulls are in control.

Therefore, risk-off—aggressive traders, can buy the dips and aim for the next resistance level at $150-$160. It is vital that bulls close above $160, an important resistance level, and nullify bears of late Nov 2019. In that case, bulls will be comfortably in charge and perhaps lift prices to $200.