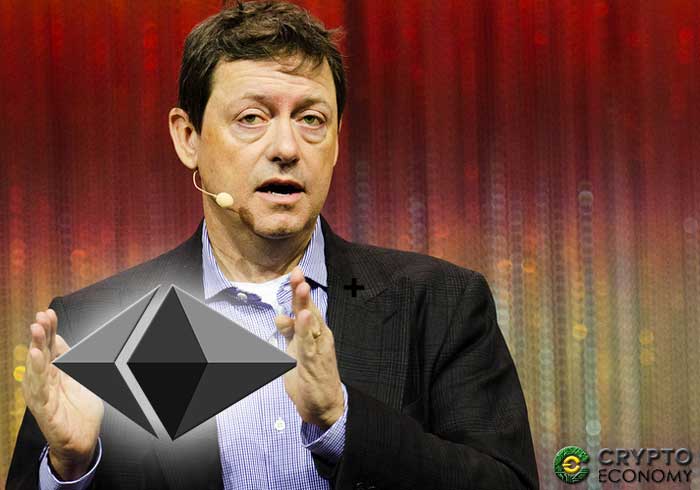 Back in January, Fred Wilson, an astute technology investor, and venture capitalist, gave an advisory in so many words for investors in cryptocurrencies to exit their positions. As it turned out, those that listened were spared the crypto bloodshed that followed. Since January, the overall cryptocurrency industry has shed more than 70% of its peak value in January.

Now, Fred Wilson is also giving an advisory for investors to get back in the game. And not just that, Mr. Wilson is extremely bullish on Ethereum [ETH] in particular and feels that the conditions are just right to start looking into putting some money into the cryptocurrency.

In a recent blog post on the AVC venture blog, Wilson wrote:

“Bitcoin will form a bottom at some point and is a buy when it does. But where is that bottom? Probably not $4500.”

His post was followed shortly with a further bitcoin price slide down as low as $4,220 (according to Coinmarketcap). Several other cryptocurrency industry leaders have expressed similar sentiments to Wilson’s on the possibility of further don action in the short-term.

Talking about Ethereum, however, he was bullish about the coin’s prospects going forward. He said

“Ethereum feels like the easiest one to make a bull case for right now. It is hated. Everyone has lost their shirt on it by now. Nobody other than developers wants to know about it. It feels like time to start nibbling on it but not loading up on it.”

Ethereum has had the worst year this year. After peaking at $1,400 in January, the coin has gone on to lose more than 90% of its value. Its network hash rate has been on a downfall for the past four months reaching the level it was eight months ago. Recent reports have shown that most miners are operating at a loss which will result in several of them exiting the exercise for a more profitable coin or just closing shop.

Despite the overall market sentiment – that is mostly bearish on the short-term prospects of ETH – Wilson believes this is the right time to start looking out for signs of a market reversal and positioning oneself for a bull run.