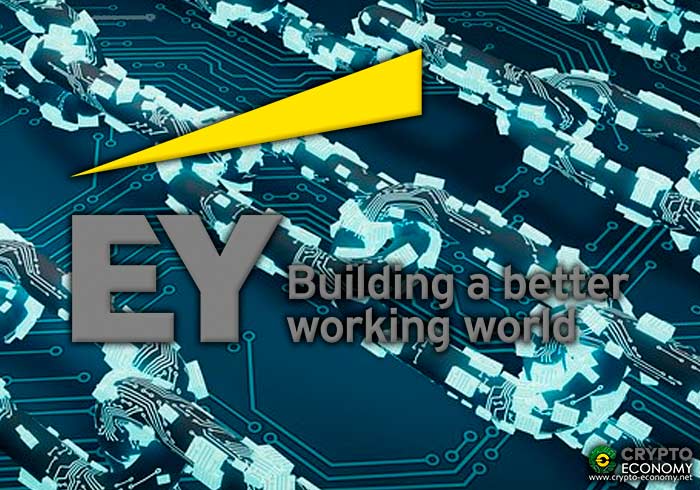 Ernst & Young (EY), one of the big four professional firms, is aiming at taking blockchain mainstream with its latest product releases. The firm announced on Tuesday that it will be releasing two blockchain products, the first being an updated version of its Blockchain Analyzer and the other being a  privacy protocol designed to be used atop the Ethereum public blockchain. In an unexpected move, the company has decided to release the codebase underlying both these applications to the public sans copyrights.

EY’s Blockchain Analyzer will be available not just to EY’s internal team as previously developed but the software will be availed to the public. The software can be used by a diverse audience in its current implementation and once it’s been exposed to a wider set of developers on the open source scene, it is expected to be developed to include more ingenious applications. So far the software can be used to tax calculations, auditing, and transactions monitoring. As an added bonus, the tool syncs with the Andy Crypto-Asset Accounting and Tax (AndyCAAT) tool to provide its users a tool that can calculate crypto gains and loses taxes in accordance to the United States law.

The privacy-focused protocol, internally codenamed ‘Nightfall’ makes use of the Zero Knowledge Proofs technology, the same technology that underpins the popular privacy-centric cryptocurrency Zcash. The protocol is designed to enable private transactions on the public Ethereum blockchain compliant with the ERC-721 standard. And as stated previously, the software’s codebase will also be available to the public. “Making public blockchains secure and scalable is a priority for EY. The fastest way to spread this privacy-enhancing technology was to make it public,” stated Paul Brody, EY Global Innovation Leader.

Of note is why EY, one of the leading global professional firms making their source-code public. As opposed to making a software codebase open-source, when an entity makes a software publicly open, it means that they relinquish their rights to the software completely. And that’s what EY has done. “We want to maximize adoption and community involvement, we want people to adopt it, and adapt it, and improve it. If we retain ownership, people may not invest that much time and energy in something they might not control,” Paul Brody explained at a press briefing on Tuesday adding that “The cleanest way to make everybody use it is just to give it away with no strings attached.”