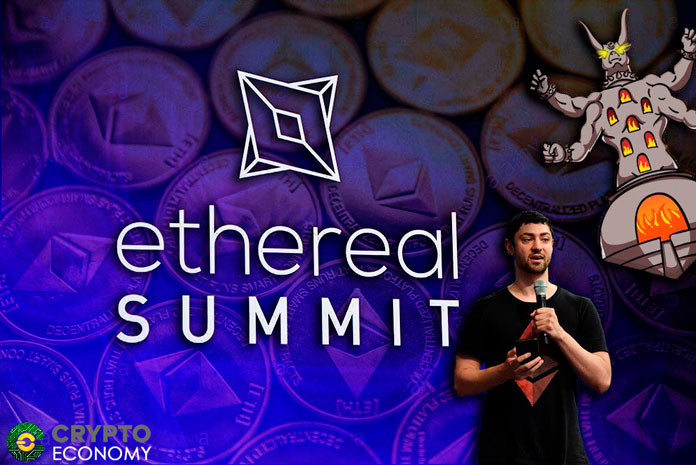 Ethereum creators Vitalik Buterin and ConsenSys CEO Joseph Lubin have each contributed 1,000 Ethereum coins to Ameen Soleimani’s MolochDAO. In addition their respective entities – Ethereum Foundation and ConsenSys) are also pitching in an extra 1K each towards the funding initiative. A total of 4K ETH donated towards the DAO. Announcing the news on Twitter, Lubin wrote:

Thrilled to finally reveal that myself, @ConsenSys, @VitalikButerin, and the @Ethereum Foundation are all contributing 1k $ETH each to @MolochDAO. Huge thanks to @ameensol helping to redefine how we fund #Ethereum development.

The spot price for Ethereum as of press time is about $185 following a recent parabolic rise by leading cryptocurrency Bitcoin which coincidentally sparked a rally from major altcoins as well. This means that the MolochDAO received about $740,000 in donations yesterday putting the total funds collected by the DAO at over $1 million.

Ameen Soleimani is the CEO of adult token network SpankChain, also based on the Ethereum blockchain. Following the Friday funding, Soleimani said that “My dark dreams are starting to come true.” Soleimani developed MolochDAO as an experiment to help pool resources to fund open source projects that are building infrastructure for the Ethereum ecosystem.

As MolochDAO’s team describes in the project’s whitepaper:

Our objective is to accelerate the development of public Ethereum infrastructure that many teams need but don’t want to pay for on their own. By pooling our ETH, teams building on Ethereum can collectively fund open-source work we decide is in our common interest.

Speaking to the press during the Ethereal conference hosted by ConsenSys in Brooklyn on Friday, Lubin offered his rationale on his donation saying that:

Moloch is a very innovative structure and I expect it to take off and be a significant factor in helping drive development throughout the Ethereum ecosystem […] It is an honor to be one of many independent decision makers in Moloch along with many of my ConsenSys colleagues and friends across the ecosystem.

MolochDAO was launched in March this year with 22 individuals donating 100 ETH each to seed the initiative. With the latest donations, Soleimani revealed that the DAO is now valued at about $400,000. If you are wondering how Soleimani managed to convince both Lubin and Buterin to donate to his cause, he has a vague answer for you:

Logic, I used game theory. It’s how you win anything.