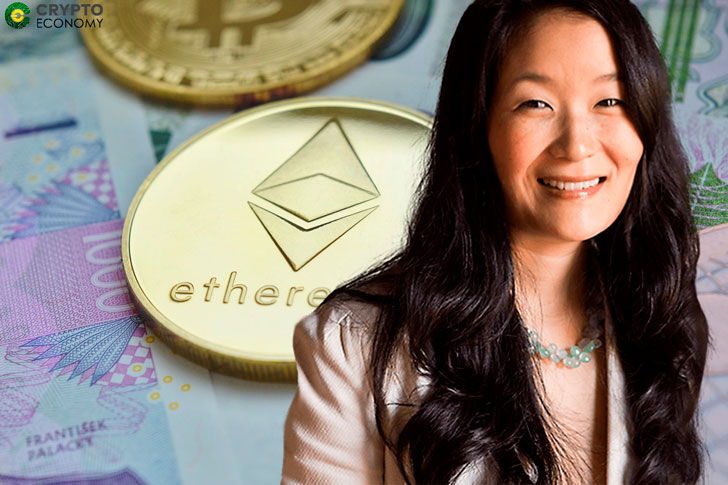 This week’s episode of crypto-focused ‘Unchained’ podcast was a little different. Laura Shin, the host for once decided to hold the episode in front of a live audience back at her former university at the Columbia Graduate School of Journalism. Second of all, the episode was shot on video and live streamed to her fans on Facebook live. And finally, she hosted the highly influential and creator of Ethereum, Vitalik Buterin amongst several other notable crypto-personalities. Buterin was asked some of the most challenging and simplest questions based on his brain-child and some of his comments are very illuminating, to say the least.

Buterin took the opportunity to dispel some myths in the community about the Ethereum projects. He also gave a shout out to some of his favorite blockchain projects and as not to be outdone, he expressed his displeasure of the Tron project, (just because he had the chance). Tron is a competing smart contracts platform that is touting itself as the Ethereum killer led by Justin Sun.

One of the most contentious topics in the blockchain space is whether developers should be concerned about the price of crypto assets as opposed to focusing on creating solutions. Buterin’s view is that the higher the price of Ether, the better it is for the entire ecosystem. “I’m going to be really candid because that’s the right thing…” he began his response to the questions from Laura on his views regarding the relationship between price and developer activity.

Some of the earlier rhetoric, especially veering on the more extreme side of the price not mattering at all, in part was counter-signaling to distinguish ourselves from other crypto projects that just do pumping and Lambo-ing way too much, but another thing is that it was about minimizing legal risk by basically trying to make the project seem more distant from something that will be covered by financial regulation…

Buterin gave his reasons for supporting the notion of a higher valued coin. First of all, when the price of a coin is higher, it boosts the security of the network. From the mining perspective, high prices attract miners and the more there are the better it is for the network’s security. He said:

If the price is zero, the network can’t be secure, and that’s true in Proof-of-Work or Proof-of-Stake.

The second reason to vouch for higher prices is to encourage development. Higher prices put more money into the developers’ pockets thus facilitating the development work as opposed to having lesser valued coins. His view is that:

Obviously, there’s a lot of projects in the ecosystem who hold cryptocurrency… and if the price is higher, then they’ll have more money to do the things they want to do… 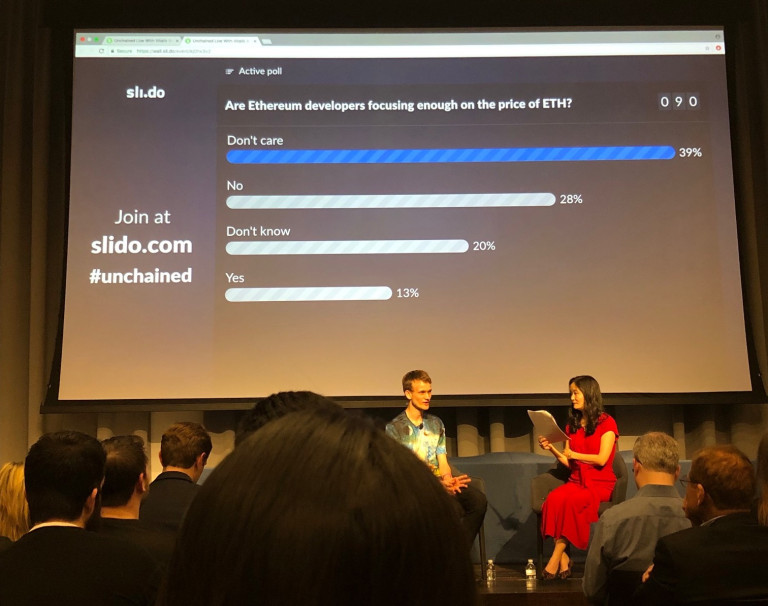 In response to these comments, Laura asked the audience to give their views through live voting on the question “Are Ethereum developers focused enough on the price of Ethereum?” A majority of them (39%) did not care about the developers taking a keen interest in the price of their project assets. A little over a quarter (28%) did not believe that Ethereum developers are paying enough attention to the price of Ether. A fifth of the respondents did not know the answer to the question while about 13% answered in the affirmative.