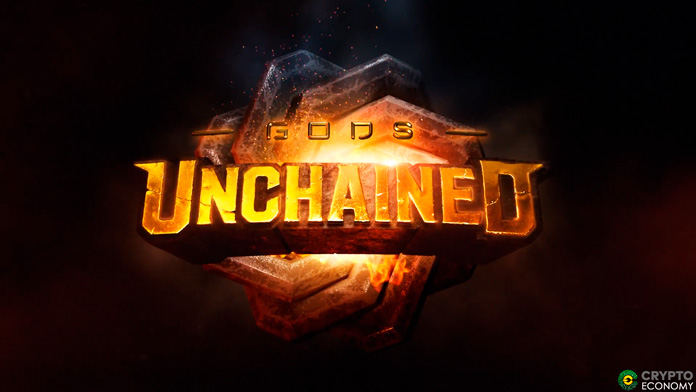 Gods Unchained, the Ethereum-based fantasy card game has just released a gameplay trailer ahead of its close-beta release later this month. Fuel Games, the Sydney-based startup behind Gods unchained has managed to secure funding from some serious venture capitalists including Coinbase Ventures, Nirvana Capital and Continue Capital who all participated in a seed round funding that raised $2.4 million back in May 2018.

Gods Unchained is expected to gain fast traction on the account that it is designed with inspiration from two popular traditional based games – Magic: the Gathering and Hearthstone. Both of these games are extremely popular and Gods Unchained should be able to attract fans from the ‘Magic’ and Hearthstone crowd.

Gods Unchained has thus far seen some success despite the bear market that has gripped the cryptocurrency industry throughout the better part of this year. In July, the Gods Unchained, which allows its players to purchase fantasy cards that allow them to engage with other game participants, sold one of its cards dubbed “Mythic Hyperion” for 146 ether. At the time this amount was worth about $60,000. In comparison, the record-breaking sale for a similar fantasy-game card stands at $87,000. 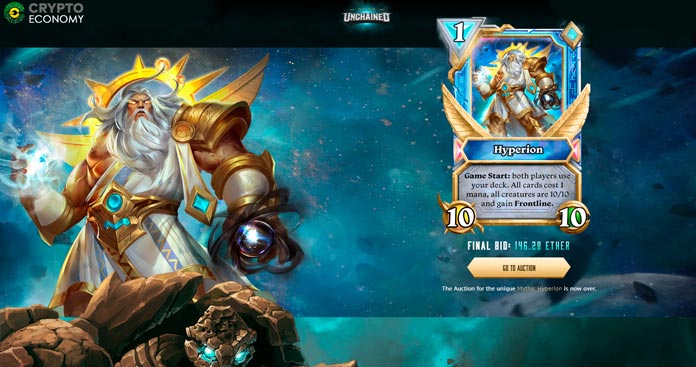 So far, more than 1.6 million Gods Unchained fantasy cards have been sold worth a total of $2.8 million. In its latest trailer – the Beta gameplay Trailer – Fuel Games shows the owners of the cards what they will be able to do with their purchases. Fuel Games co-founder and CEO James Ferguson spoke in an interview where he said: “When we set out to build Gods Unchained, we really wanted to deliver the quality you would expect from triple-A publishers.”

The closed beta phase scheduled for later this month will be open to the card owners for “stress testing” while an open beta program is scheduled to follow right after and will last another three months. A full launch is scheduled for the second quarter of 2019.