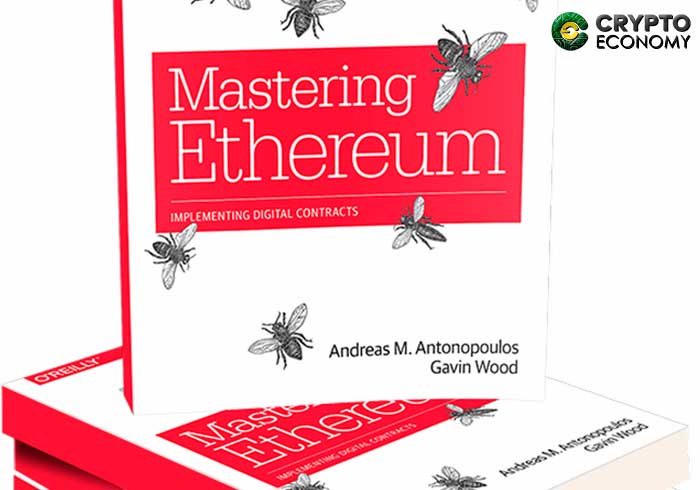 The most anticipated book in the cryptocurrency space, Mastering Ethereum by cryptocurrency advocate Andreas Antonopoulos is set to be launched come this December according to one of his recent posts on Reddit.

In the post, Antonopoulos states that copy-edits to the book are already complete and as soon as the end of November, some of the people who pre-ordered the book should start receiving their copies. However, the official launch and masse sell should be expected in December this year.

Antonopoulos is a half-Greek/half-British speaker and author who hosts the popular podcast “Let’s Talk Bitcoin,” a podcast that not only focuses on the Bitcoin cryptocurrencies but talks about developments in the blockchain industry as a whole.

Antonopoulos got into Bitcoin back in 2012 and soon after quit his freelance consultancy job to focus on educating the masses on the blockchain technology. He started by speaking at conferences on the subject and wrote hundreds of articles on various blogs.

Soon after, he started writing long-form articles that then made it easier for him to transition to writing books. His most critically acclaimed book is “Mastering Bitcoin” considered a must-read for almost everyone in the cryptocurrency industry. The book focusses on the technology that underpins the most popular cryptocurrency Bitcoin but also acts as a nice primer into the blockchain world for most beginners.

Antonopoulos made it a point to simplify the complex cryptocurrency world to make it easy for any common individual to get an easy introduction to the subject. The book proved to be a best seller and Antonopoulos’ coup de maître.

In Mastering Ethereum, Antonopoulos partnered up with Ethereum co-creator Gavin Wood to create a ‘mastering Bitcoin’ version that focusses on the Ethereum blockchain. The final draft for the book is about 400 pages long and Antonopoulos has provided the source code to the book in GitHub to be reviewed by the community before publication.

The book is also written in simple language for beginners to the blockchain industry and according to the authors, the book does not assume any prior knowledge to cryptocurrency.