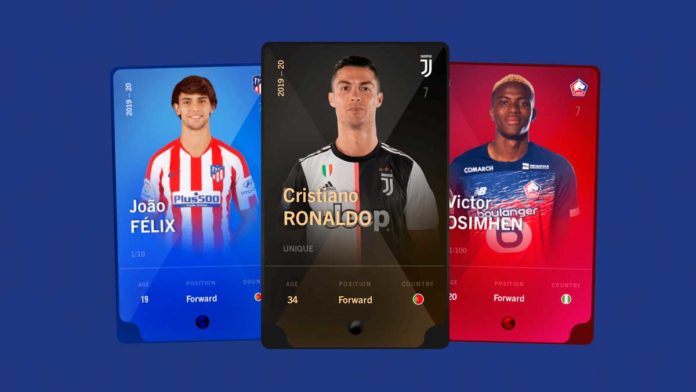 Paris headquartered blockchain-based soccer fantasy gaming startup Sorare has announced that it has raised as much as $4 million in seed funding in a round that was led by e.ventures. This round also saw the participation of German professional soccer player Andre Schurrle, venture firms Partech, Fabric Venture, Cygni Capital, and Semantic Ventures as well as Thomas France of Ledger wallet.

The company launched back in 2018 to offer users the chance to buy and trade soccer player collectibles. It is an age-old practice with team sports fans especially in the West, but now there is a new way to do it – using blockchain.

By hosting the platform on the popular Ethereum blockchain, Sorare can secure the authenticity of the cards as well as ensure the digital scarcity of these assets. Since December 2019, Sorare claims to have increased monthly sales by a factor of over 10 from $30,000 to $350,000 in June 2020. In a blog post on Thursday, the company’s co-founder Nicolas Julia stated that the startup was “already profitable.”

In that same period, the company was able to sign up close to 70 football clubs spanning in origin from Europe to the United States and Asia. For instance, right after securing their pre-seed funding in May last year, Sorare almost immediately signed a contract with football giants Atlético Madrid, Valencia CF, and Schalke 04.

Additionally, since then, they have onboarded other major clubs including Cristiano Ronaldo-led Juventus and Olympique Lyonnais. So far the startup has attracted over 20,000 active users a majority hailing from the countries of France, Russia, the U.S., Italy, and the U.K.

Sorare is planning to channel the funds into two main functions the first of which is employing more staff. Over the next few months, the company will be seeking to double its staff from the current 10 – 12 to as many as 25 employees.

According to a talent-seeking board on which the company has posted job openings, they are looking for full-stack engineers, designers, a game economist as well as company spokesperson. Also, the company will be pumping funds into more contract licenses especially from leading football clubs across the world.

“Our goal is to sign with the top 20 football leagues in the world to create a truly global fantasy football game.”

“We are incredibly excited to be backing Sorare on its way to becoming the dominant global fantasy football game. Rarely have we come across a team that achieved so much in such a small amount of time, be it around delivering a flawless gaming engine, partnering with over 70+ clubs in less than 12 months.”