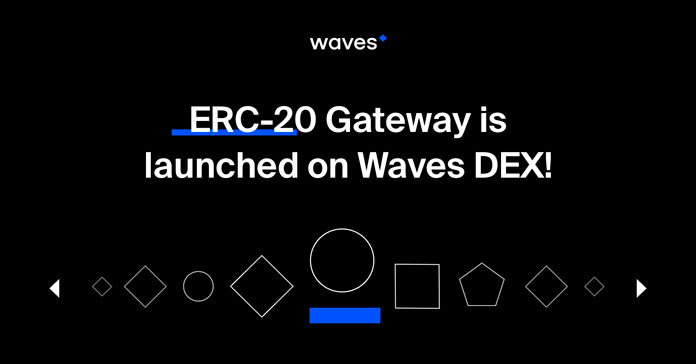 Waves DEX will receive a new wave of traders and assets that will affect positively on WAVES and other listed tokens – soon there will be new trading pairs available.

Last year, we conducted voting for listing ERC-20 token. Bancor (BNT) won the voting and became the first candidate for listing on Waves DEX. So, now we’ve made it. All technical features are tested. Start of BNT trading is scheduled for August 22 at 11:00 UTC.

The next asset that can be added via ERC-20 gateway is Ethereum (ETH). Then, the Waves team plans to add a separate gateway for Bitcoin (BTC). These implementations are scheduled for September.

New ERC-20 tokens will be added gradually. Each time Waves community will decide on what token will be listed next. The next voting will be announced on the Waves official social media channels soon.

Waves (https://wavesplatform.com) is an open source platform and decentralised environment for Web 3.0 applications, offering a wide range of purpose-designed tools for making the process of creating and running dApps easy and accessible. Launched in 2016 by Sasha Ivanov and a core development team, Waves has since released numerous successful blockchain-based solutions and has steadily developed into a rich and constantly-growing technological platform. Waves’ technology is designed to address the needs of businesses and technology companies that want to leverage the properties of blockchain systems – including their security, auditability, verifiability and the trustless execution of transactions and business logic.

Waves Platform provides everything required to support the backend of Web 3.0 services. In 2017, Waves successfully launched its mainnet with LPoS, its decentralised exchange DEX and later the Waves-NG protocol. In 2018, the Waves development team delivered the first implementation of smart contracts. This was followed by the release of the RIDE programming language in 2019, a simple and powerful language for programming logic. Moreover, in June 2019 the mainnet of Waves Enterprise, a global private blockchain solution, was launched. All of this is complemented with a broad infrastructure: an IDE for sandbox development, tools, SDKs, libraries, frameworks and protocols for convenient and easy integrations.