In the midst of Blockchain’s meteoric rise as an emerging technology with global applications, concerns remain about outdated property rights laws that provide little or no direction as to how digital assets will be addressed. In addition, the software used in devices to facilitate digital transactions is often linked to user agreements that few ever read; these are the so-called “adhesion contracts” whose legitimacy of the will of the parties is highly questioned. As a result, these users are often unaware of the uncertainties surrounding the property and the property rights associated with their assets.

In his recent book titled “Owned: Property, Privacy, and the New Digital Serfdom”at Cambridge University Press, Joshua AT Fairfield, who is an internationally recognized expert in law and technology, specializes in digital property, electronic contract, Big Data privacy and virtual communities., traces some fresh perspectives on the intersection between digital property rights and the blockchain, and we will comment some ideas about his interesting book here.

Fairfield believes that the advent of new digital technologies is creating confusion in terms of the application of traditional property rights laws within the digital sphere. Therefore, it advocates a more simplified model of ownership that protects the integrity of the products and services used by consumers.

Giving us an idea of how an integration of digital property aspects with blockchain could occur, Fairfield points out that Blockchain’s technology will allow us to own totally intangible digital assets. The problem with digital assets has traditionally been that they can be copied illegally. One solution could be a centralized license server, in the iTunes model. That, in turn, gives too much power to the server administrator to put additional conditions on the use of what we possess. For example, an owner of a license server such as Apple might try to prohibit owners from selling their purchased MP3s. But a legal copy can be linked to a public ledger, which gives sellers the confidence that the asset is not duplicated and buyers the ability to sell their digital assets when they end up with them.

Another interesting solution is, for example, that you could have a public database, maintained by the government, of who owns what. But the problem with such systems is that people do not like to reveal what they have for everyone. The solution might be that these public books allow anyone to verify that they are the legitimate owner of an asset for anyone who wants to buy it.

Regarding the ability of cryptographic resources to allow remote transactions without identity, Fairfield argues that the Equifax model currently in place in the conventional market must die. There is no reason for my name, social security number and address to be the keys to my credit. We see a departure from this in systems like Apple Pay, which gives the merchant a one-time token, not the consumer’s complete identity, as a way to make sure they pay the merchant. The problem with that system is that Apple is again a central player and controller in this model. Apple can spy, store, assign dates and monetize the buying behavior of its consumers just as credit card companies could do before.

The solution is to create an ecosystem where there is no need for an all-powerful centralized entity like Apple’s example. That was the original promise of the bitcoin blockchain: the verifiable transfer of value without the need for espionage, along with the name, address and online economy of the credit card number we have now. If the main players in the blockchain community decide to change the code, and the miners accept it, the basic nature of the ledger will change. Therefore, it is important to pay attention to who holds how much energy and in what parts of the system when it comes to the blockchain, just as it is important to control who has so much energy in other blockchain financial structures. 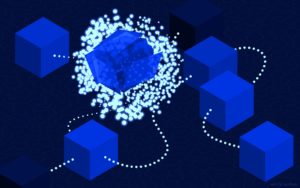 The human reality derived from its complex interactions is what governs the creation of Law. For example, the development of ICOs today presages a direct encounter with regulators of securities activity in several countries, and this will undoubtedly provoke regulations in the matter. This will happen little by little in each aspect of daily activity in the application of blockchain technology and each reality will generate its way of being regulated.