Home CryptoNews Deloitte Launches its ‘Blockchain in a Box’ Solution for Mobile Demos of...
CryptoNewsFeaturedMarkets 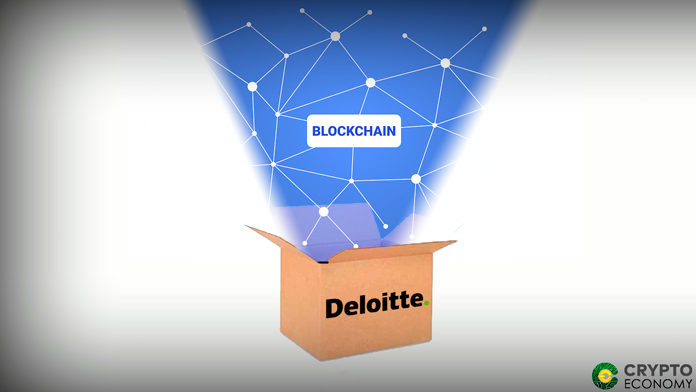 Big four accounting firm Deloitte has debuted its custom blockchain solution ‘Blockchain in a Box’ (BIAB) that will allow developers to run mockups and demonstrations without having to make significant investments in the hardware department. The solution comes bundled with four network nodes as well as three video displays that will enable the users to run demonstrations on the fly. In addition, the solution can be integrated into external services including traditional cloud technologies to allow for easy sharing and prototyping of projects and solutions.

Blockchain in a Box is really a service for creating demonstrations and sharing projects between enterprises and developers instead of using the traditional methods of demonstrations such as using charts and graphs. The interface has been designed to accept Secure Digital (SD) media cards in order to load up demos and share them with interested parties. With the available hardware such as video devices and connected cloud services, users will be able to deploy smart contracts and general dApps fast leading to higher quality dApp development.

Deloitte made the announcement this week saying that the BIAB solution is designed to provide intuitive, tangible blockchain demonstrations and experimentations. In a statement, Linda Pawczuk, a principal at Deloitte Consulting LLP and a U.S. blockchain leader said that the company “custom-built this solution based on client interest in understanding blockchain capabilities in live interactions.” According to Pawczuk:

What’s often misunderstood about blockchain is that it is an entirety of a technology solution — when in reality, it’s a technology component that enables larger business applications and approaches. Our mobile demonstration is practical, tactical and most importantly, tangible to clients.

Deloitte introduced the BIAB solution in the popular Consensus Conference this year that was hosted by CoinDesk in May. It really has capitalized on conferences as a means of marketing the solution. Speaking of the spectator reactions to some demonstrations of the technology, Chih-Wei Yi, principal at Deloitte & Touche LLP said that:

Each time we have used the BIAB to facilitate exploration, the reaction is that of curiosity and excitement where the audience leaves with a deeper understanding of blockchain and how the use cases are implemented… It helps to demystify blockchain and is a refreshing and well-grounded approach versus traditional slide ware-based demonstrations.

It is quite possible that there won’t be a watershed or tipping point moment for when blockchain finally goes mainstream. It could be a combination of efforts such as Deloitte’s launching tools that make use of blockchain technology or makes it easier for developers and enterprise clients to take advantage of blockchain in achieving their goals that will take the technology to the masses.