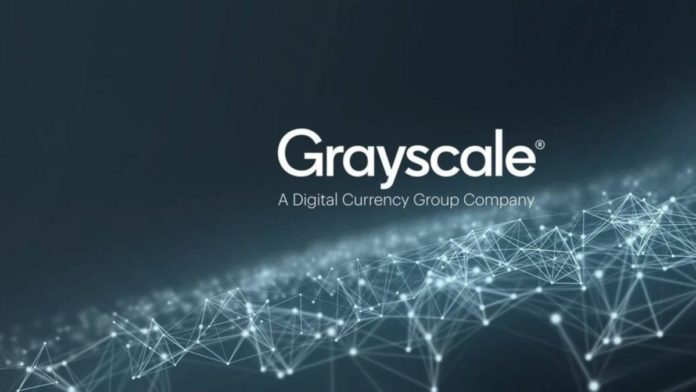 Ethereum Classic [ETC] fell from grace in the latest pullback. At the time of writing, the digital asset was trading at $44.24. Due to this, the digital asset extended its weekly loss to almost 30%. Will Digital Currency Group, Inc’s [DCG] latest purchase help in the price of the underlying asset to climb?

Barry Silbert-led Digital Currency Group [DCG] has announced plans for buying a total of $50 million worth of shares of Grayscale Ethereum Classic Trust [ETCG]. The cryptocurrency-focused venture capital company revealed that it would deploy the cash on hand to fund the purchases that will be done on the open market, at management’s discretion.

“The share purchase authorization does not obligate DCG to acquire any specific number of shares in any period, and may be expanded, extended, modified, or discontinued at any time.”

It further noted that the actual timing, amount, and value of share investments will rely completely on several factors, such as the levels of cash available, price, as well as ongoing market conditions. The latest development comes two weeks after the Digital Currency Group disclosed its plans to $250 million worth of Grayscale Bitcoin Trust [GBTC] shares when they were trading at a considerably high discount.

Notably, Grayscale’s Ethereum Classic trust happens to be one of the most valuable investment trusts of the firm. The asset manager has a total value of more than $650 million in ETCG as of 19th June.

Ethereum Classic [ETC] has failed to fare in the market

The cryptocurrency market has taken yet another beating. However, there were times when the asset class attempt an uptrend.  Following the mid-May crash, most altcoins have been oscillating between major support and resistance levels. In the case of Ethereum Classic [ETC], however, the candlestick arrangement has followed a steady downward trajectory negating any bullish strides. The above chart depicted no signs of recovery in the offing.

The Awesome Oscillator’s [AO] series of green bars that signaled a potential bullish divergence with respect to its southbound price movement came to halt after turning red on the 19th of June. The Monday drop only added to its woes. The MACD did hover below the half-line and has been on the bearish side for pretty much a month now. The Relative Strength Index [RSI] further validated the crypto-asset’s movement as it not only slipped below the 50-median line but also hit the oversold region, at the time of writing.

0
Michael Sonnenshein, the CEO of GrayScale, posted a threaded tweet about Bitcoin spot ETF and why SEC may be comfortable with this concept. The tweet...
Read more
Bitcoin Cash News

Ethereum Classic Has Risen 50% In the Last Week, What Are the Reasons?

0
Ethereum Classic (ETC) has seen a meteoric rise in the price chart, gaining more than 50% in the last week. This enormous rise can...
Read more
- Advertisment -
Posting....