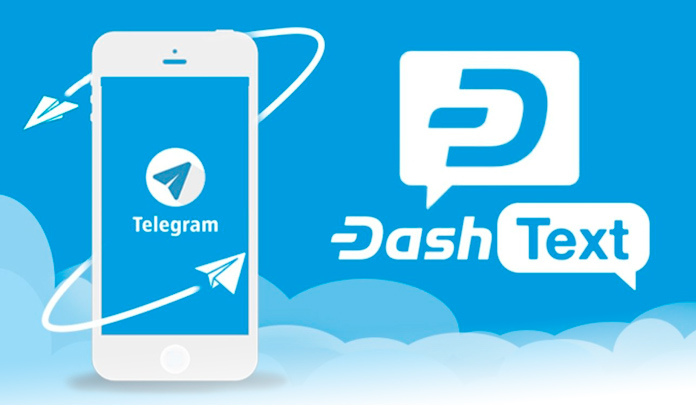 Dash Text, the innovative SMS-based service for sending Dash coins between Dash users has finally launched its integration with popular Telegram messenger. Launching for use in Colombia and Venezuela, the service will only support the two countries in which Dash Text operates. The Dash Text team reportedly said that they could not launch the service on WhatsApp following lack of support for crypto-related chatbots on the platform. This could be probably because Facebook, the owner of WhatsApp is finalizing plans to launch its blockchain and a native stablecoin cryptocurrency that will be used on the Facebook Messenger as well as WhatsApp platforms.

Telegram, on the other hand, has been a fan favorite amongst crypto adopters. In 2018, Telegram conducted an ICO that would help in funding the launch of the platform’s native blockchain as well as the native GRAM tokens to be issued and used by Telegram users. The blockchain is yet to launch but the platform offers an especially conducive environment for a crypto chatbot such as Dash Text. The service’s CTO and co-founder Lorenzo Rey gave the following justification on the choice of Telegram:

Telegram is the second most popular chatting app in Venezuela, and it’s especially popular amongst people who are into crypto. There are also many people who have cheap and/or old smartphones that can’t run wallets reliably due to memory problems, Dash Text in telegram allows them to use Dash without needing to install another app since they’re already using Telegram.

Both Colombia and Venezuela have seen a surge in the use of cryptocurrency over the past few months. Leading the park is Bitcoin but coming a close second in terms of adoption is Dash cryptocurrency, the thirteenth most valuable network according to Coinmarketcap. Dash Text makes it easier to send and receive Dash coins using the more easily available text messaging application on all mobile phones including both feature and smartphones.

Dash Text is so simple to use that it has grown very popular, but I don’t think it is so much a matter of popularity, to be honest, it’s more a matter of accessibility, some people just can’t use the apps, they don’t have the hardware to do so. However what is true is that if you’re going to show Dash to someone for the first time, Dash Text is the easiest way to do so, so even if they have a decent smartphone you can show them Dash quickly without them needing to download anything, you get them excited and they can download the Dash wallet afterward if they want to, so it’s great to get people on board.