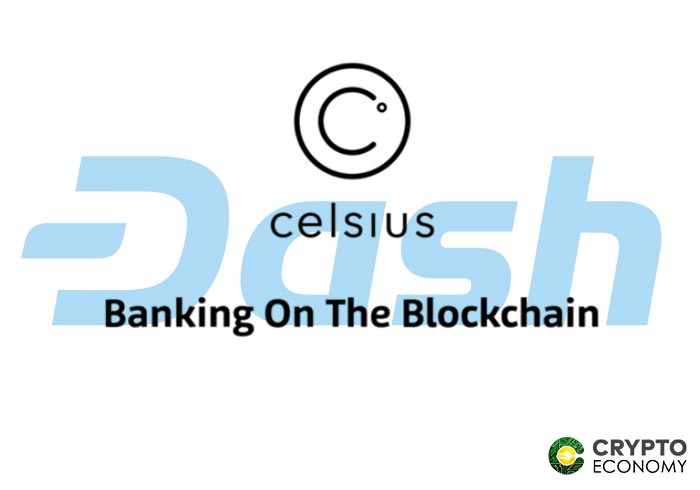 Celsius Network, a staking and lending cryptocurrency platform with over $50 million in assets under management has added Dash cryptocurrency to its group of supported digital assets. Announcing the development this week, Celsius noted its excitement in partnering up with a vibrant and active community such as Dash’s.

The partnership, which Celsius revealed on Thursday, April 11th, will allow Dash holders to stake their coins on the platform and earn interest for the amount of period that they stake their coins. Of all the coins that the platform supports, Dash’s rates will be the highest at 7.5%, ahead of Bitcoin (5.1%), Litecoin (3.75%), XRP (3.25%) and Ethereum (3.15%) among a few other coins also with lesser rates.

Celsius utilizes BitGo’s custodial services which means that the wallets are owned by BitGo. There are a couple of advantages to this partnership the first of which is the insurance against any loses from attacks on Celsius customer funds.

BitGo maintains an insurance fund of up to $100 million. Secondly, BitGo is able to lend the funds in the wallets to hedge funds, exchanges or institutional traders in exchange for interest (which is part of the amount that a depositor earns when they stake their funds on the platform). The other part is that individual customers are allowed to borrow funds from Celsius in the form of either six of twelve-month loans with no pre-payment penalties, and rates starting at 4.95% APR.

According to the Thursday announcement, Dash qualified for a listing after a thorough review process and it met all of Celsius’ considerations to be listed. The most important being the liquidity factor and team support.

“DASH was listed after being evaluated against our rigorous framework which prioritizes high liquidity coins, team professionalism, delivery excellence and most importantly a large community to match the growing Celsius community,” the notification read in part.