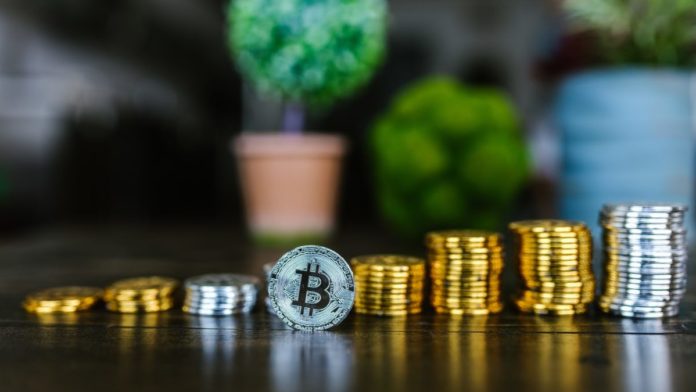 Follwing the recent crypto collapse, Bitcoin (BTC), Ethereum (ETH) along with major cryptocurrency are showing signs of a steady recovery. After weeks of struggle, BTC has breached the $21K mark. The total market capitalization of crypto assets has also gained significantly over the past 24 hours.

The crypto industry observed a harrowing year amidst spriralling cryptocurrency prices into dizzying lows. After peakeing near $3 trillion last November, crypto market abruptly reversed course as economic uncertainty and geo-political tensions led many investors to unload risky assets. Nonetheless, cryptocurrencies are now witnessing a slow but steady recovery with the global crypto market cap soaring more than 5 per cent in the last 24 hours.

According to CoinMarketCap, the current total market cap of crypto assets is $962.23 billion. The total crypo market volume increased by a massive 20.46 per cent in the past 24 hours to stand at $66.06 billion. Top cryptocurrencies recovered some of their lost grounds to land in the green zone. 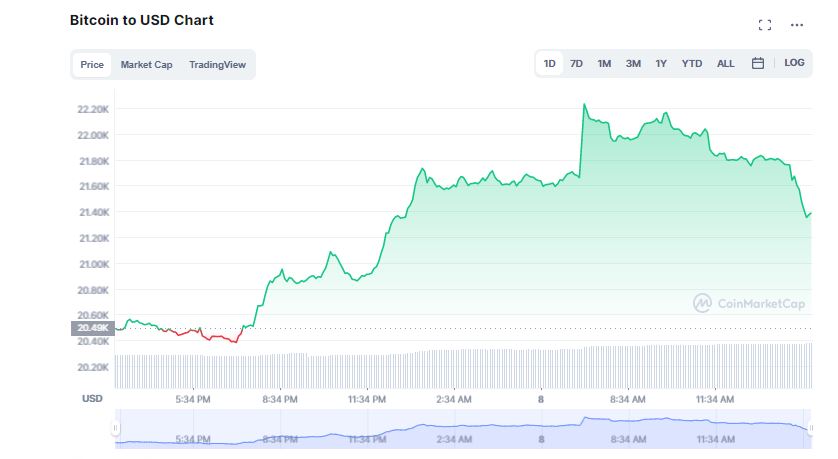 Mike McGlone, commodity analyst at Bloomberg, asserted that Bitcoin could be one of the greatest bull markets in history at a relatively discounted price to start 2H (second half). McGlone said,

“Our bias is Bitcoin adoption is more likely to continue rising.”

#Bitcoin could be one of the greatest bull markets in history at a relatively discounted price to start 2H. Or the crypto may be a failing experiment in the process of being made redundant, like #crudeoil. Our bias is Bitcoin adoption is more likely to continue rising pic.twitter.com/qtLRR6isXF

Jordan Belfort, a former stockbroker and the “Wolf of Walstreet”, is confident on on Bitcoin’s long-term prospects. He claimed,

“Bitcoin price will ‘almost certainly’ climb over the next three to five years. If you take a three or maybe five-year horizon, I would be shocked if you did not make money. Because the underlying fundamentals of Bitcoin are really strong.”

Edul Patel, CEO of crypto investment firm Mudrex, explained that most cryptocurrencies rose after tracking gains in the US equity markets. The CEO added,

“Even though BTC has gained growth, it may not have accumulated enough power to maintain that consistency.”

Can ETH Breach its Resistance? 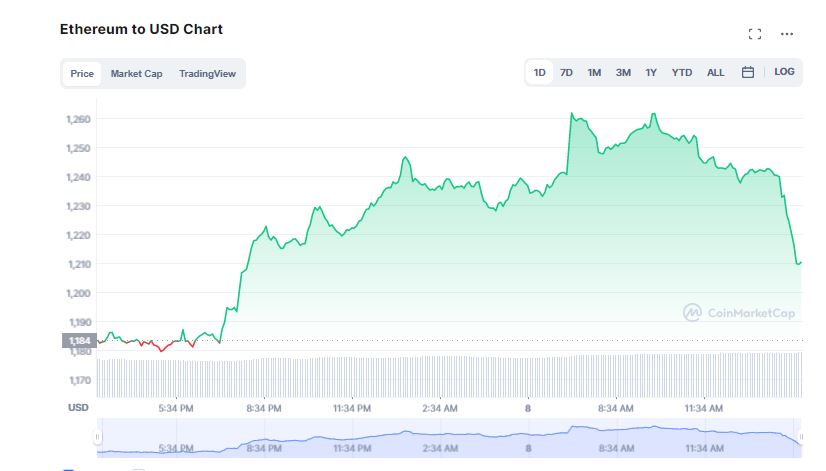 Ethereum (ETH) posted a 6 per cent jump in the last 24 hours to currently trade at $1,240. The 7-day tally stood at 16.60 percent, boosting the morale of investors who have been wary lately. In a staement, Patel remarked,

“The second-largest cryptocurrency, Ethereum, also broke its vital level at US$1,200 on Thursday, and the price is not far from its resistance at US$1,281.”

Top altcoins too recorded a positive growth with XRP and Polkadot (DOT) zooming over 6 and 4 per cent respectively, in the last 24 hours. In the same time frame, Solana (SOL) increased 3.39 per cent to $37.87. Cardano (ADA) noted a sharp growth of 2.72 per cent to land in green.

ADA price rise may be attributed to the Vasil hard fork which is slated to hit the mainnet by the end of this month. Popular memecoins including Dogecoin (DOGE) and Shiba Inu (SHIB) climbed in the range of 3.65 and 5.95 per cent, individually, over the past 24 hours.

Will Crypto Trend Modestly in the Coming Months?

Cryptocurrency exchange, Kraken, noted that optimism may be gradually returning to the crypto market after May’s crash from all-time highs. The crypto exchange highlighted that last month was the third most volatile June when looking as far back as 2011, second to 2019 (100%) and 2011 (278%), and was 10 percentage points more volatile than usual. Kraken wrote,

“When looking at bitcoin’s historical volatility in July, one will see that the month is, on average, 20 percentage points less volatile than June at 67%. As it relates to historical performance, one will see that bitcoin returns, on average, 10% in July and has a median reading of 14%. If one were to assume that history will repeat in July, we could expect the cryptocurrency to trend modestly higher month-on-month (MoM) as volatility dwindles and consolidation persists.”

So June was rough 😬

Have the tides turned, or is an uphill battle still ahead?

The cryptocurrency exchange also believes that despite Bitcoin successfully defending $30,000 support on several occasions in June, it can’t be ruled out that the digital asset will not drift lower in the months ahead. In a recent market intelligence report, Kraken noted,