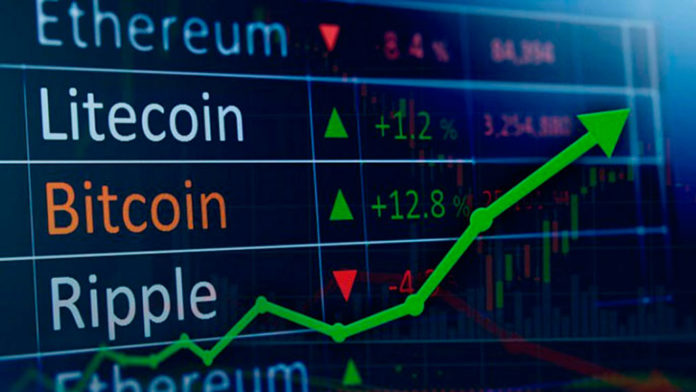 The overall crypto market cap has surged above two trillion again as top two assets, Bitcoin and Ethereum, are again rallying to highs last seen in May 2021.

This means that ETH has risen nearly 80% since July 20. With this London hard fork-powered rally, ETH market cap has from $208 billion on July 20 to $370 billion on August 7.

Other major altcoins contributed to the market’s growth, with the likes of BNB, XRP, Polkadot, Solana, and Litecoin all rising by more than 15% over the week. Dogecoin is the best performer in the top 10 as it added 42% to its price in the last 7-days.

Crypto is Rallying Despite Regulatory Fears

Interesting thing is that the crypto market is posting gains even after the problematic US Infrastructure Bill has been passed by the US Senate.

The bill categorizes any node operator or miner, as well as software developers as broker and required tax reporting to the IRS.

As reported, bill’s language met with strong opposition and a amendment was proposed to change the definition of broker, but was reject by lone senator due to an issue over military spending.

Many thought the opposite would have happened and prices would tank. But the crypto market continued to go up as crypto proponents watching the showdown in Congress came to see it as representing validation of the industry.

Furthermore, China had recently reiterated its call to curtail Bitcoin mining and trading, but that also turned out to be a development for Bitcoin.

Adding more good news to industry, the Nasdaq-listed auto insurance company Metromile has also announced that it added $1 million worth of Bitcoin to its balance sheet in June 2021. The company also has plans to give policyholders the option to pay for insurance and receive payment on eligible insurance claims in BTC or dollars.

0
Ethereum prices are trending lower at spot rates, looking at the development in the daily chart. Even though traders are generally upbeat, expecting more gains...
Read more
Companies

0
One of the oldest banking institutions in Switzerland, Julius Baer, has just started offering crypto services including advice, trading and investing to its high-net-worth...
Read more
CryptoNews

0
In the aftermath of the crypto market crisis, European Central Bank President (ECB), Christine Lagarde, stated that cryptocurrencies are 'worth nothing' as there is...
Read more
CryptoCurrency News