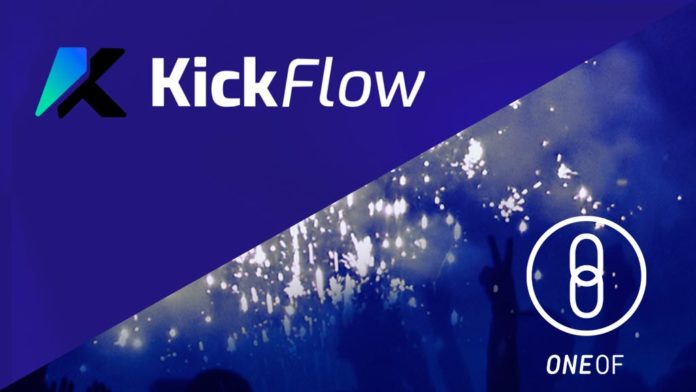 The Tezos ecosystem is growing at an exponential rate as more and more projects are coming on launch. Among these projects, crowdfunding platform Kickflow and an NFT marketplace for Music fans, OneOf, are closing in for the launch.

According to an introductory blog post published on Tuesday, May 25th, Kickflow is a grant and crowdfunding platform built on Tezos where owners of public goods could raise money.

Besides being a general crowdfunding platform, Kickflow can conduct completely on-chain funding rounds managed by a DAO. The DAO functions based on a token voting mechanism.

According to the team, uses a Capital-constrained Liberal Radical (CLR) mechanism that allows “for a near-optimal distribution of sponsor funds amongst public goods in a match-funding scheme.”

A Kickflow funding round starts with sponsors funding a matching pool using stablecoins for a 10-day period. Projects join rounds by making a returnable security deposit and start accepting community contributions, in XTZ and FA1.2 tokens. This is a 30-day period.

After 30-days, the system enters a cooldown period, and contributions are no longer included in the CLR match. For 7 days, DAO, powered by a Kickflow Governance Token (KGT), checks for any dispute and collusion patterns in the contributions.

The disputed projects can be voted against and disqualified from the round. After that, the payout period begins, during which entries can retrieve their CLR match payout from the sponsor pool.

The team said that they were in the last cycle of development and preparing their launch strategies with help from TzAPAC, Tezos India & Tezos Foundation.

OneOf is currently the much-talked project in the Tezos community and is expected to launch in the next month of June. It is an NFT marketplace for average music fans, being built on Tezos to become a more environmentally sustainable marketplace for artists and fans.

The collection of these music artists will be available upon the OneOf launch sometime in June. Fans will be able to use credit or debit cards in over 135 fiat currencies, as well as cryptocurrencies and stablecoins, to purchase music NFTs.