CoinStarter: Enhancing the future of ICOs 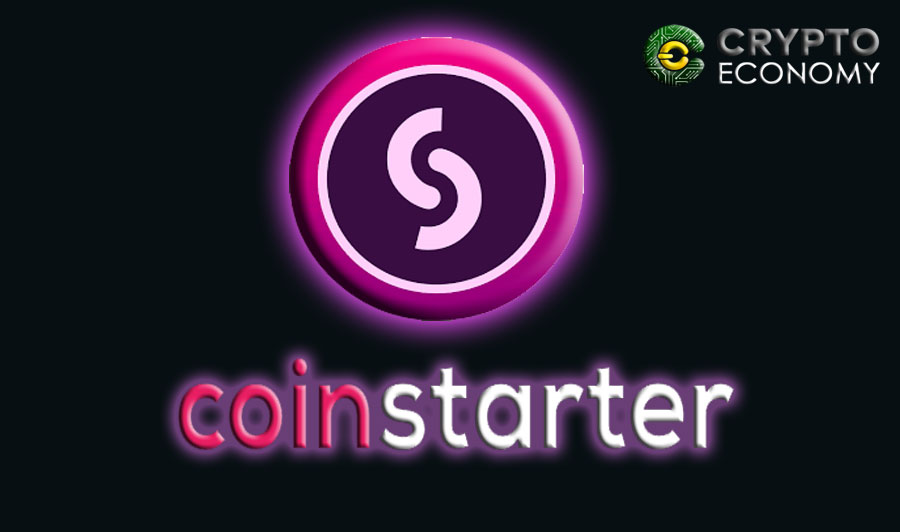 Since the beginning of 2017, the limit of the cryptocurrency market has increased almost 800 percent. One of the fundamental reasons for this dramatic increase in the number of new cryptocurrencies entering the market is their ability to structure themselves based on a crowdsale opportunity for new projects. Although the number of new ICOs is not known with precision, what is known is that in the third quarter of 2017 the Initial Currency Offers raised more money than the entire venture capital market for the same period. Given this reality comes the initiative of a platform that facilitates access to the best ICO that appear on the scene; it’s about CoinStarter, and we’ll talk about it here.

CoinStarter is the first technology of its kind. This easy-to-use platform is the perfect fundraising tool that addresses all the problems of the ICO model. With the help of their patented software, users can launch their campaigns and coins in just a few minutes instead of the days, weeks and months required by other crowdfunding platforms.

CoinStarter has created its own ecosystem to achieve the best result. This is made up of CoinSarterBox and Businefy. CoinStarterBox, is the ICO Coin subscription service. Every month they will send carefully selected coins from the best ICOs to the Ethereum wallet of the members. This service seeks to make it fun and easy for members to find promising ICOs and get some of their currencies at prices below retail prices. For its part Businefy is a business analysis platform that offers all the essential software applications to manage all aspects of a crowdsale campaign from project management to hiring staff and much more.

How can I enjoy all the services of the platform?

Users can access all Businefy services with CoinStarter Coins. By transferring Coinstarter coins in your Businefy wallet, you can use applications available throughout the Businefy ecosystem. It is a robust service not offered by any other competing platform. 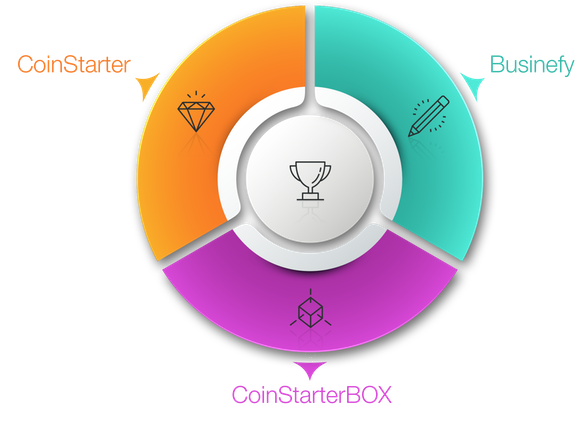 STAC – the native token of the platform

StarterCoin is a Currency that uses the CoinStarter network and that will allow members to take an active role in the development of the company.

Coinstarter will launch its own “fully taken” style ICO with an initial issue of Coins limited to 980,000,000 (nine hundred and eighty million) during which 71% will be available during the Pre-ICO and ICO periods.

StarterCoins are a cryptocurrency that grants rights and privileges to their owners when they use the CoinStarter platform and its family of services. Within a few weeks after the ICO, the StarterCoins will be available in most exchanges.

The implementation of this currency allows users to access the CoinStarter, Businefy and CoinStarterBox platforms. StarterCoins can be used on all of its products, but they are also interchangeable with other currencies launched through that platform.

The CoinStarter platform will charge a fee of 500 StarterCoins (STAC) to launch a project and 5% of the total raised for any campaign. In addition, the platform will charge a 5% fee for any newly issued token released on the platform. These minimum and structured rates will provide a stable and consistent revenue stream for the CoinStarter platform.

To stay updated in relation to this platform you can join their Telegram channel.