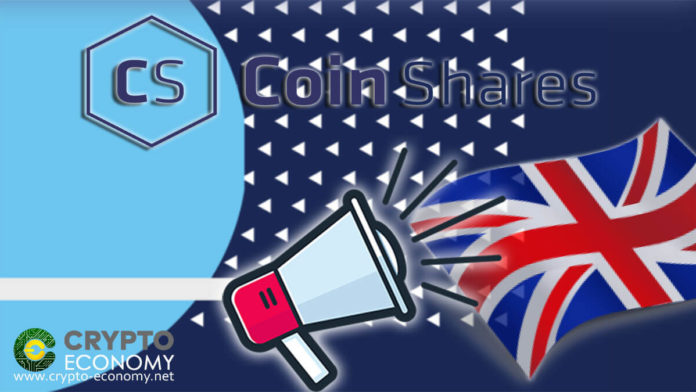 A proposal from the Financial Conduct Authority (FCA) of the United Kingdom to ban ETN trade has not been well received by Coinshares. However, FCA believes its acting within its mandate to protect traders from risks.

In FCA’s view, floating of ETNs as investment products to retail investors exposes them to risks. The latter group can’t see between the lines and understand the risks that come with making investments in derivatives. As such, ETNs shouldn’t be available to investors in the UK.

However, while informing the public about the outcome of the ban through its website, Coinshares believes the FCA was ill-advised on its ban proposal. The exchange explained further saying;-

“In our view, the FCA investigations, analysis and understating of crypto assets alongside its associated instruments shows a watchdog which isn’t conversant in these assets. Furthermore, it shows the agency doesn’t understand the motive behind investors seeking such assets, their value together with function.”

Coinshares finished off by informing its UK customers that if the FCA proposals get approved, ETNs will no longer be available for trading at its platform. Furthermore, Coinshares believes the FCA has cherry-picked databases from the sector to use as evidence. However, if all crypto stakeholders can send an email to the FCA to express their objection to their ban proposal, the proposal will not get approved.

At the moment, the FCA has tabled its proposal for consultation. However, crypto stakeholders can prevent approval of the ban. Discussions are set to take one month.

To make it easy for users to send their response, Coinshares included a detailed letter below its announcement. The latter can be easily swapped with the sender’s details either as an individual or as a firm while submitting your response. Apart from sending emails, Coinshares is also urging users to send text messages to the FCA.

However, if the ban is approved, the ban will apply only to UK residents. Crypto exchanges with permits to operate globally will enable other investors across the globe to make investments in ETNs. ETNs are unsecured debt notes which can either be held until maturity or traded and are issued by institutions.

In the crypto industry ETNs offer an alternative investment vehicle to crypto enthusiasts and in the past few years, interest in such products has increased.

0
Litecoin was among the top-performing altcoins this week, raking in gains of more than 20% in the past seven days. The LTC bulls managed...
Read more
CryptoCurrency News

0
Electroneum has taken bolder strides in expanding its influence in Africa as its coin ETN got listed on the South African cryptocurrency exchange, Artis...
Read more
- Advertisment -