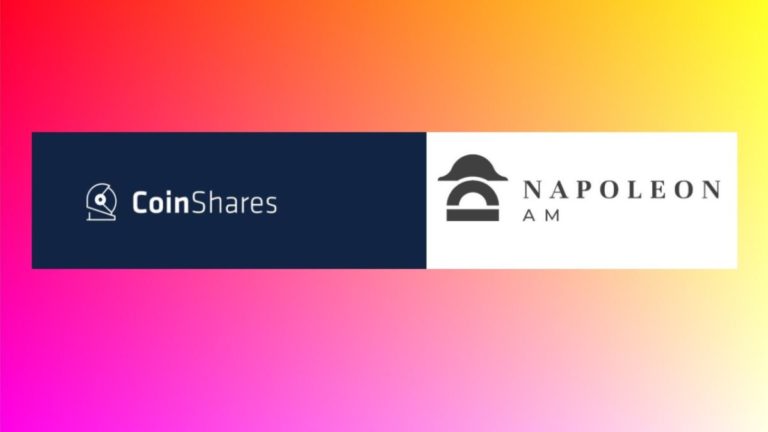 On July 4, Europe’s largest digital asset investment firm, CoinShares, announced that it has completed the acquisition of Paris-based Napoleon Asset Management. The move will allow CoinShares to offer ‘Alternative Investment Fund Manager (AIFM)’ compliant products and services, in addition to its leading position as an issuer of crypto Exchange Traded Products (ETPs).

How Will the Acquisition Help CoinShares?

According to the official blog post, the acquisition will enhance CoinShares’ offering by leveraging active investment strategies based on algorithmic trading and artificial intelligence for digital assets built by the Napoleon Asset Management team. Jean-Charles Dudek, Chief Executive Officer of Napoleon Asset Management, said the deal would boost technological advancements as well as strengthen the bond between both the companies.

Dudek expressed that the transaction follows the acquisition of the Napoleon Group last December and fits with CoinShares’ strategy of developing into a full-service digital asset investment and trading group, within a strong regulatory framework. He added,

“We have continued to build upon the synergies between our two businesses since CoinShares acquired the Napoleon Group last December. The integration of Napoleon Asset Management into the group was anticipated at that time but necessarily needed to await consideration by and approval of the change of control by the AMF.”

CoinShares CEO, Jean-Marie Mognetti, asserted that the acquisition is yet another piece of evidence that CoinShares continues scaling despite the ongoing market meltdown. She rather believes that the bear market is an opportunity to build new products and services. Mognetti, seemed quite thrilled to have received this approval from the AMF to acquire Napoleon Asset Management. The CEO of the digital asset management stated,

“We are proud to be one of the most regulated digital asset investment firms in the industry. Our regulated status in a growing number of jurisdictions is one of CoinShares’ principal strengths; it reassures our clients and demonstrates our plans to lead Europe’s digital asset sector.”

[1/4] We are excited to announce the launch of a physical FTX Token ETP in partnership with FTX Europe and will begin with seed capital of approximately US$40M. pic.twitter.com/khfKV88aB6

In April 2022, CoinShares in partnership with FTX, a leading regulated cryptocurrency exchange, announced the launch of the world’s first physically-backed Solana exchange traded product (ETP) designed to share the rewards of staking with investors in a transparent way. CEO Mognetti commented,

“CoinShares as a company is focused on expanding investor access to the digital asset ecosystem by pioneering new financial products and services that seek to provide trust and transparency when accessing this new asset class.”