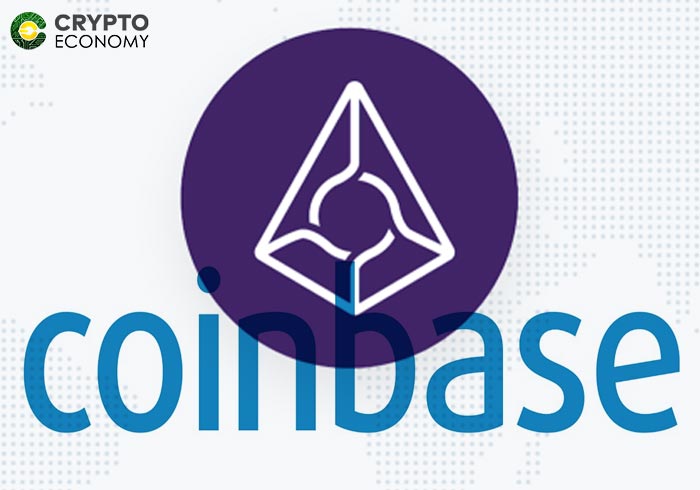 On the 8th of April 2019, Coinbase unveiled the Augur (REP) tokens to a limited number of its customers who had Coinbase Pro accounts. However, now all customers can now hoard REP tokens, buy, sell, receive and even convert REP tokens they possess.

Coinbase 8th April notice gave rights to only professional and experienced customers to trade REP tokens, but now all users can make transactions in REP tokens via Coinbase exchange.

Coinbase customers can now make their transactions on all trading platforms including its Android and IOS apps. They announced the new development via their official twitter account and just like in the previous announcement, REP won’t be available for trading to New York residents. Apart from listing Augur on 8th for its Coinbase Pro customers, Coinbase also listed Maker (MKR) and EOS (EOS).

In a bid to compete with other reputable exchanges, Coinbase is expanding into other markets while at the same time adding new assets. Alongside unveiling trading of REP on its exchange, Coinbase also said residents in India, Japan together with Australia could make crypto to crypto trading transactions on its platform.

The three added countries are among others in a list that contains 11 countries where Coinbase crypto to crypto trading services are now available. Alongside the above, Coinbase also added new features all dedicated to its customers to help them understand more about assets on its exchange.

The site now has a new section for answering queries about any crypto and an informational assets page. Similarly, they are now providing cross border payment services via Ripple (XRP) and are working on listing more tokens on its exchange.

Augur is an ERC20 decentralized token based on Ethereum network whose primary goal is to enable coin holders to bet on the real-time happenings on the market. Users are at liberty to create their marketplaces or bet on outcomes which are merely their predictions. Correct predictions receive rewards after their predictions come true. With REP token now available more crypto enthusiasts across the globe have access to the REP token and can make their predictions with ease. Listing of Augur on Coinbase exchange enabled the Augur price to surge 13%.

0
Coinbase published a proposal for an operational framework of the digital asset policy, and there are some interesting ideas in it. Brain Armstrong. Co-Founder...
Read more
CryptoNews