Home CryptoNews Companies Coinbase prohibits Gab social network from trading on its platform for the...
CryptoNewsCompanies 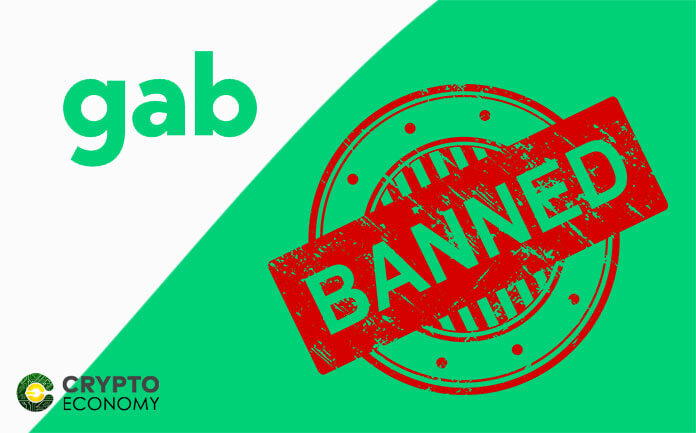 For the second time, the digital currency exchange headquartered in San Francisco, Coinbase has banned the social media network, Gab and its CEO Andrew Torba from transacting on its platform. The announcement was posted on Gab’s Twitter account just recently expressing its support for decentralized exchanges that run without centralized authority.

Coinbase also banned the American firm’s Commerce account, hindering Gab from receiving Bitcoin [BTC] and other crypto coins as payment. Coinbase allowed Torba to withdraw his crypto holdings and U.S. dollar balance to external accounts before banning him. They did not however mention the specific reasons as to why it closed down Torba’s account

Gab’s business account on Coinbase was allegedly closed in December last year. With the social media network describes itself as a “social networks that champions free speech, individual liberty and the free flow of information online’’, Gab is well known for being the social network where people banned from mainstream platforms present their hate speech.

Gab has also been banned by BitPay, PayPal and Stripe and therefore has a really hard time securing cryptocurrency payment processor. The social media network is now looking into using BTCPay Server as its decentralized nature makes it impossible for the exchange to ban a social network like Gab from using it.

Just a few hours before the Gab announced the ban, they wrote a tweet on their platform that the next phase of financial censorship as people move to Bitcoin is censoring exchanges. According to Gab, companies will keep moving towards Bitcoin if they keep censoring individuals.

BTCPay Server is an open-source exchange that lets its users avoid reliance on a third party when processing crypto transactions. Gab is now searching for ways through which its users can donate fiat that can be converted into Bitcoin [BTC].

Gab was first banned from Coinbase in June and it remains unknown whether the exchange will, for a second time in less than a year, reverse the ban.

Gab has les that 1,000 000 users, but despite that, the social media platform has generated quite a bit of controversy.