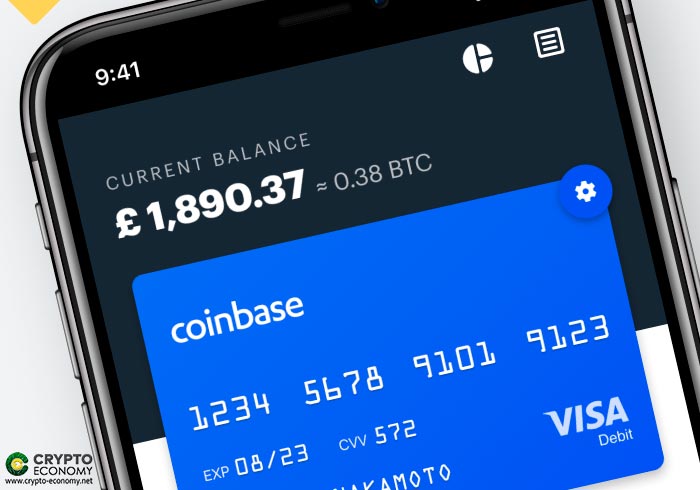 Leading American-based cryptocurrency exchange Coinbase has expanded its recently launched UK and Europe-based payments card to six more countries within the EU region according to a report by CNBC on Wednesday.

Initially, Coinbase launched its ‘Coinbase Card’ in mid-April this year on the UK market and supporting the UK Pound. Now, starting from Wednesday, June 12th, customers based in Spain, Germany, France, Italy, Ireland, and the Netherlands will be able to access the services offered through the Coinbase Card.

The card supports several of the cryptocurrencies supported by the exchange including Bitcoin, Ethereum and Litecoin. The card is Visa-branded which means that users will be able to make payments using the card on all Visa-accepting merchant and PoS terminals.

According to Zeeshan Feroz, the Coinbase UK CEO, the goal of offering the Coinbase Card is to make payments through crypto as seamless as possible, similar to using a credit card. In the interview with the CNBC, he said that now “you can buy groceries on bitcoin and then coffee on Litecoin right after.”

Since its launch, approximately two months ago, the card has had an “extremely strong take-up” in the UK. Avoiding giving any hard figures, Feroz stated that Coinbase “blew past” the initial 1,000 cards were being given to users at no cost.

The Coinbase Card is offered in addition to a mobile application that is available in both iOS and Android platforms. In addition, the Card is also available as a physical contactless card that can be used to withdraw money from any Visa-accepting ATMs.

In the initial launch of the card back in April, Coinbase stated that it had partnered with payments service provider PaySafe in the UK to issue the cards. Whenever a user makes a payment using the card, the system automatically converts the crypto into fiat, i.e., Euro in the newly launched markets and Pound in the UK market. However, Coinbase charges the users a fee for the conversions.

During the interview, Feroz added that Coinbase seeks to expand its Coinbase Card service into other markets but this is dependent on the availability of banking partners. “We will be looking at all of our key markets including the U.S.,” he said.

The California-based Coinbase was recently valued at $8 billion according to CBInsights putting it amongst the few startups that have earned the highly coveted unicorn status.

0
The 2020 coronavirus pandemic was devastating for economies around the world. Royalties suffered a price hit, and fiat money performed below expectations. The pandemic...
Read more
- Advertisment -