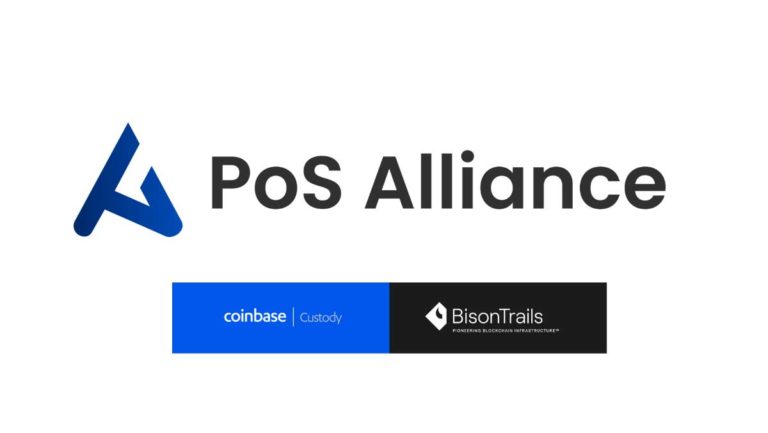 The Proof of Stake blockchain advocacy group POSA (Proof of Stake Alliance) has added two more members to its member list bringing the total number to 18.

Coinbase Custody, an independent offshoot of the leading cryptocurrency Coinbase and Bison Trails, a blockchain infrastructure company that came into the media limelight when it was announced to be a founding member of the Libra Association are the new entrants to POSA.

POSA was founded in 2019 with the aim of educating both regulators and policy stakeholders on the effective regulation and use of Proof of Stake technologies.

Proof of Stake involves staking of tokens by holders and blockchain supporters as a means to both ensure effective governance and blockchain propagation.

It is one of the most popular consensus mechanisms for the second and third-generation blockchains.

“Proof of Stake is an increasingly important innovation that the crypto space as a whole is rapidly trending toward,” Coinbase Custody CEO Sam Mcingvale said in a press statement published through a blog post on Thursday.

Mcingvale added that “POSA is playing a critical role by engaging with lawmakers and regulators to educate them on emerging POS technology. It’s our hope that through the work of organizations like POSA, we’ll start to see meaningful conversations and, in time, clarity when it comes to POS and its applications.’

Both Coinbase Custody and Bison Trails join other Proof of Stake advocates such as Tezos, Cosmos, Cardano Foundation, Ava Labs, Solana, PolyChain Capital, Blockfolio and the Web3 Foundation who have joined the POSA alliance over the last five months since its inception.

According to the blog post, the alliance is “committed to the mission of advancing public policy discussions through congressional and regulatory engagement, member events, and educational campaigns.”

Board member Matt Perona said that the addition of industry heavy hitters such as Coinbase Custody and Bison Trails is additional validation to the mission of the alliance.

“As our newest members, Coinbase Custody and Bison Trails further validate the importance of our mission and the work of all our members on the front lines as we continue to advance the Proof of Stake industry,” he said.

Commenting for Bison Trails, the company’s co-founder and CEO Joe Lallouz said that “the blockchain ecosystem has been well-served by the efforts of the Proof of Stake Alliance, particularly the Alliance’s work to bring clarity to the legal and regulatory implications of staking on Proof of Stake blockchain networks.”

He added that “joining POSA reflects our commitment to working with partners across the industry to further the adoption of Proof of Stake blockchain technology.”