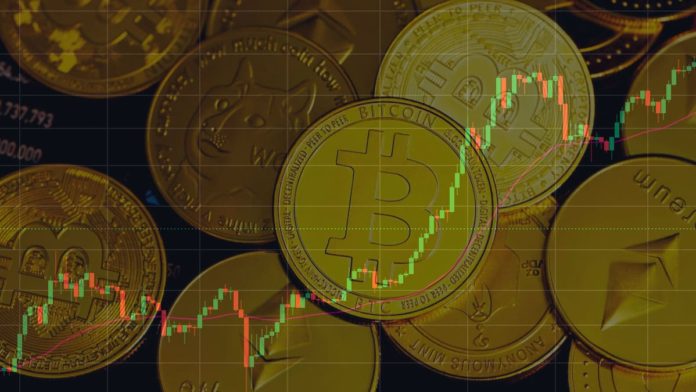 Chainalysis believes that the downfall of FTX is likely to have a relatively smaller impact on the cryptocurrency ecosystem than the demise of Mt Gox, as demonstrated by its analysis of the crypto market. There is a thread on Twitter about the new analysis that has been posted.

1/ Big picture: FTX’s collapse has shaken the #crypto market. But this is not the first time crypto has faced significant turmoil related to the collapse of an exchange.

After the collapse of Mt Gox in February of 2014, crypto has gone from strength to strength since then. There is a need to put FTX in the historical context in order to understand the implications of the event. This thread was started by Chainlaysis’ Research lead @EricJardine7 in which he compares the fate of the two exchanges before the collapse.

I think the first question we need to ask ourselves is: how prominent were Mt Gox and FTX within the ecosystem of crypto exchanges as a whole? Mt Gox averaged 46% of all inflows into the exchange during the year prior to its closure, while FTX averaged around 13% of all inflows during the same period.

When it came to the collapse of Mt Gox, it was objectively a bigger player in the industry than FTX. There is good news in that fact since it appears that Mt Gox hasn’t destroyed crypto due to its collapse. Despite this, the trajectory of the businesses matters as well, especially when one considers the psychological impact of a crisis on the employees.

Up to the time of its collapse, Mt Gox had been steadily declining in its share of the overall exchange activity, while FTX had been gradually gaining in share in the lead-up to its collapse. 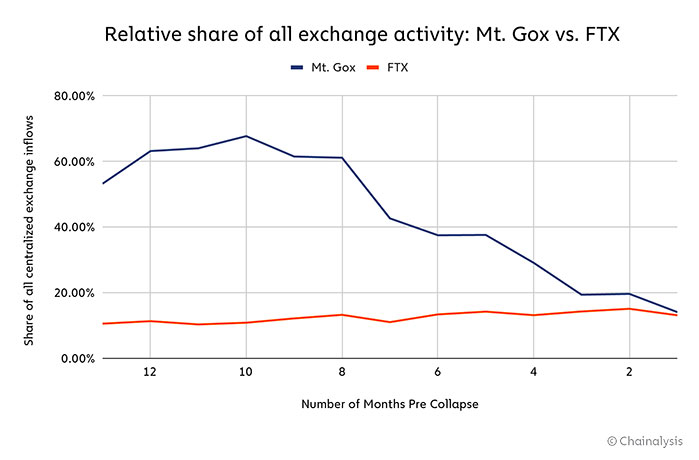 That would suggest that FTX’s collapse may have been a bigger blow to the industry’s confidence than just the fact that it had been gaining market share – it was one of the biggest businesses! On the other hand, when we look at raw dollar inflows over time, we see a completely different picture. Based on these measurements, Mt Gox was experiencing an increase in volumes, whereas FTX was experiencing a decrease in volumes.

The industry should be able to take heart from this comparison. Mt Gox was a bigger part of the crypto ecosystem when it collapsed in 2014 compared to FTX now, and while the market impact was bad, it rebounded relatively quickly.

But, when we boil it down to market fundamentals, we can see that cryptocurrency has survived worse than the fall of FTX. There’s no reason to think the industry can’t bounce back from this, stronger than ever.