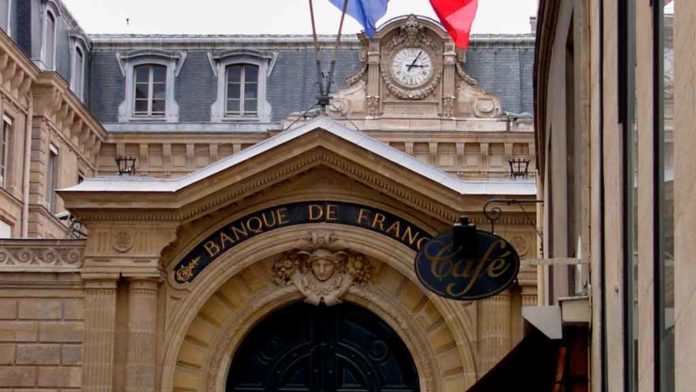 Central Bank of France is continuing its work on the development of a European central bank digital currency (CBDC) as it carries out a digital currency-based security settlement experiment.

In a press release on Monday, June 21, Banque de France, the central bank of the country, announced that it had recently completed an experiment with central bank digital currency to settle listed securities.

According to the press release, all of the operations of this experiment were carried out in collaboration with the major Swiss-based crypto bank SEBA, the Banque Internationale a Luxembourg (BIL), 1856 founded multi-business bank, and Luxembourg central securities depository LuxCSD.

The experiment used a CBDC to simulate the settlement and delivery of listed securities on TARGET2-Securities (T2S), the European Central Bank engine for instantaneous settlement.

In the experiment, SEBA Bank purchased securities from Banque Internationale à Luxembourg, while post-trade settlement was handled by LuxCSD. The payment was made in a test CBDC. Banque de France explained the experiment as:

“From a technological point of view, the Banque de France simulated the issuance of MNBC tokens on a public blockchain, while preserving the control and confidentiality of transactions, on the basis of the development and deployment of a dedicated smart contract.”

As soon as the tokens were successfully transferred from SEBA Bank to Banque Internationale à Luxembourg, LuxCSD delivered the securities in T2S.

European nations are stepping up efforts towards launching a Digital Euro and the test is one of many conducted by Banque de France to explore design options for the technical implementation of a Digital Euro. This CBDC-based test is part of an experimental CBDC program launched in March 2020 to test CBDC integration for settlements. The program’s other experiments will continue until mid-2021

In a separate announcement, LuxCSD said that the recent experiment had demonstrated that “distributed ledger technology (DLT) could be used to issue CBDC in connection with existing infrastructures such as T2S, where listed securities are delivered.”

“This experiment has made it possible to demonstrate the possibilities of interactions between conventional infrastructures and distributed infrastructures and paves the way for other alliances with the objective of taking advantage of the opportunities offered by financial assets in a blockchain environment.”

“Connecting new technology, such as DLT, with existing infrastructure is crucial to offer optimal services for the market. By joining forces, the industry can develop sustainable solutions that not only work today but lay a strong foundation for the future. Being a trusted central securities depository at the heart Internal of one of Europe’s financial centers, LuxCSD is perfectly positioned to support the industry on its way towards a true digital finance ecosystem.”

Atiq Ur Rehman
Electronics Engineer with a passion to write about Disrupting Technologies like Blockchain. He joined Crypto-Economy in July 2019.
CBDC

0
The Hong Kong Monetary Authority has revealed plans to start the trial of its central bank digital currency in the last quarter of 2022....
Read more
Cardano News

0
Input Output Global (IOG), the blockchain company behind Cardano (ADA), has reinforced its comittment to focus on fervent academic research by collaborating with one...
Read more
CBDC

0
The Reserve Bank of Australia (RBA) has just announced that it will launch a one-year research program to evaluate the advantages and disadvantages for a...
Read more
- Advertisment -
Posting....