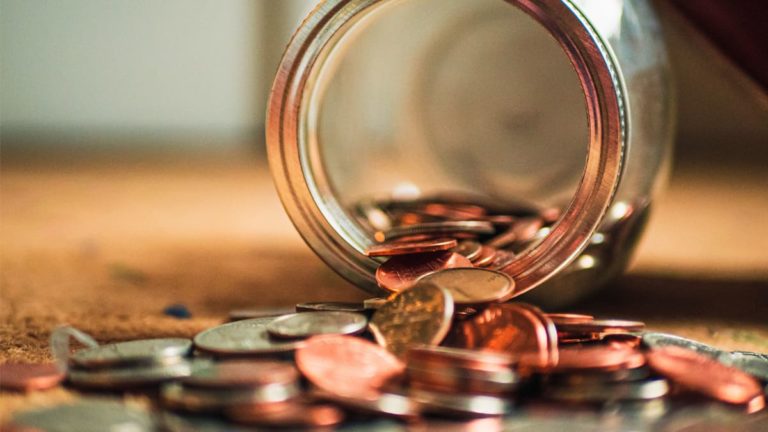 Cryptocurrencies were originally created with a clear objective: to serve as an alternative to the traditional financial system and give ordinary people back their financial freedom. Without intervention from governments, banks or regulators.

The undeniable advance in the adoption of cryptocurrencies throughout the world has put state and private organizations on alert, which sees how large flows of money escape their control, without knowing how, where or what they are being used for. For this reason, governments are beginning to develop their own “cryptocurrencies”, backed by central banks, the CBDCs. All with the approval of traditional banking, which sees cryptocurrencies as a real threat to its own existence and usefulness.

According to those behind their creation, CBDCs will serve to facilitate transactions, democratize finance and reduce the risks associated with the use of classic cryptocurrencies. However, we must not deceive ourselves, state-owned digital currencies are not what they have been sold as.

Behind this screen of apparent security behind which governments have wanted to hide them, CBDCs seek to return to control the finances of citizens, who had found in cryptocurrencies a fast, easy and low-cost system to spend and invest their money. Now, it will be the central banks that issue digital currencies, approving / rejecting transactions and, mainly, imposing limitations on their use that will mean a loss of individual freedom.

Cryptocurrencies cannot be blocked by centralized agencies, since the blockchain allows transactions through a democratic system of consensus in which users cannot be discriminated against, which translates into greater personal sovereignty. In addition, these are fast and free of all the usual bureaucratic processes that usually occur for any cross-border money movement, in which banks and governments intervene, each taking a piece of the pie.

With CBDCs all the benefits are gone. We return to state control, excessive taxes, long bureaucratic processes and, above all, greater control than the traditional system could impose. So what is the real contribution of central bank currencies to modern finance? None. Even if they want you to believe otherwise.

“For us citizens, CBDCs represent a frontal assault on our ability to have sovereignty over honest transactions with each other. For the government, it is the most perfect tool to modify the behavior of its subjects…”

Some Cases Around the World

The development of CBDCs is at different stages in various countries. Although we can already see evidence that the restrictions, we mentioned will be an essential part of the new state digital currencies.

In this sense, it is no coincidence that China was one of the first countries interested in developing and launching its own CBDC. Being a country that devotes a great amount of resources to controlling every aspect of its citizens’ lives, from the social to the economic side. It is now able, for example, to limit, if they wish, the transactions that dissident groups can carry out.

For its part, the European Union is working hard on the creation of a Digital Euro. Although this is another case that clearly shows the true intentions behind CBDCs. According to Fabio Panetta, member of the Board of Directors of the European Central Bank, the new currency could have strong limitations both in the maximum amount that can be held and in the maximum transaction amounts. Although he assured that the figures are not yet definitive, they could be as low as €3000 and €1000, respectively.

The U.S. is also beginning research into a CBDC of its own, in a plan known as “Project Hamilton” from the Federal Reserve Bank of Boston and the Massachusetts Institute of Technology Digital Currency Initiative. Although there are still no further details on its progress, let alone an exact date for its launch.

Not All That Glitters is Gold, and Not Every Digital Currency is a Cryptocurrency

Although many experts in the field have assured that central bank currencies are a threat to the financial freedom of citizens, others (apparently more servile) have said that these pose no threat to the crypto ecosystem.

Such is the case of Changpeng “CZ” Zhao, CEO of the world’s leading cryptocurrency exchange, Binance, who recently said at the Web Summit conference in Lisbon,

“Central banks’ plans to launch digital currencies are not a threat to other cryptocurrencies, as they would validate blockchain technology and build trust among skeptics.” In addition to stating that “the more (digital currencies) we have, the better”.

It is somewhat curious to see how the position of CZ, who had expressed a year ago, a completely different opinion on the subject, changed. In an interview with Bloomberg in May 2021, the CEO of Binance said that,

“CBDCs would never provide the freedom of cryptocurrencies like Bitcoin and Ethereum,” and that “Most central bank digital currencies are going to have a lot of control tied to them.”

Why this sudden change in CZ’s thinking? – Would it have anything to do with its ever-increasing outreach to regulators around the world and the fact that it is receiving licenses to operate in more countries? At the very least, it is suspicious. It is worth noting that Binance, a centralized Exchange, is openly collaborating with regulators through its KYC system, which many other exchanges are being pressured to implement.

For his part, Arthur Hayes also warned about the new CBDCs potentially spelling the end of the ability to buy cryptocurrencies.

“Capital controls are coming, and when all money is digital and certain transactions are not allowed, the ability to buy Bitcoin will quickly disappear.”

As we have seen, central bank currencies have a completely opposite objective to traditional cryptocurrencies. Their implementation would be a step backwards in everything that has been achieved since the beginning of Bitcoin. Limits, controls, possible censorship, taxes, are just some of the features hidden inside this “Trojan Horse” called CBDC.