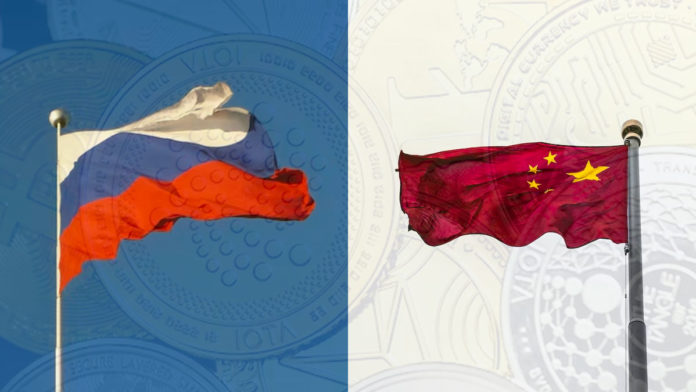 A senior Russian senator said that after establishing a digital rouble early next year, Russia intends to utilize the currency in mutual settlements with China as it strives to diminish Washington’s global financial hegemony.

Adoption by Use Cases

Russia, like many other nations, has been creating digital money in recent years to modernize its financial system, speed up payments, and combat the prospect of cryptocurrencies such as bitcoin gaining power.

The central bank is already conducting digital rouble testing with banks, even though sanctions imposed on Moscow for its activities in Ukraine have limited Russia’s access to vast swaths of global financial market infrastructure.

With this in mind, Anatoly Aksakov, head of the lower house of parliament’s finance committee, stated in an interview with Russia’s parliament newspaper that Russia is looking for alternate ways to conduct transactions.

“The topic of digital financial assets, the digital rouble, and cryptocurrencies are currently intensifying in society, as Western countries are imposing sanctions and creating problems for bank transfers, including in international settlements.”

He continued by saying that money flows might avoid systems under the control of hostile nations thanks to the digital orientation.

The regulation of cryptocurrencies has been a point of contention between the government and central bank all year. Aksakov expressed his optimism that the law would be passed this year.

He noted that the launch of the digital rouble for use in bilateral settlements with China, which has already tested its digital yuan, would be the next step for the currency.

The importance of Moscow’s collaboration with Beijing has increased as Western governments have rejected Russia. Trade between the two countries has risen, and Russian businesses have begun issuing debt in yuan.

As a result, they would be less reliant on Western-dominated payment channels like the SWIFT system, to which many Russian banks have been denied access as a result of sanctions, and instead, be able to transact more directly with one another.

Cryptocurrencies have the reputation of being useful for transactions without middlemen. Besides, many of them are currently being used by people for cross-border transactions that have barriers. Countries and governments looking for these solutions to solve their challenges is another level of use case for this innovative technology.

Although many may oppose the idea of governments like China and Russia using alternative payment methods like CBDCs, the technology will find its way for sure. It seems that more countries may follow this path to have easier transaction channels.