Cardano Stabilizes as ADA Bulls Expect a Resurgence Towards $1 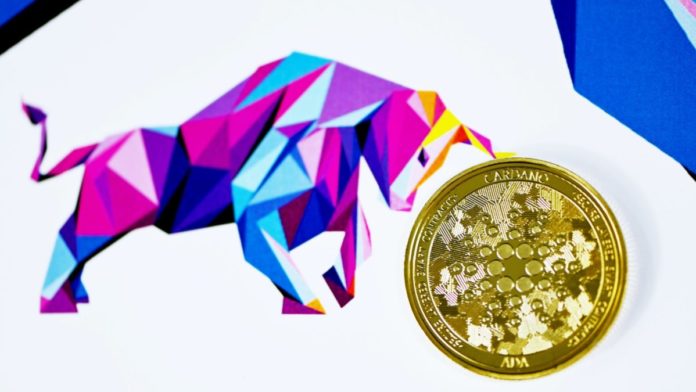 Cardano could have many developments, but sellers are in control, reading from the ADAUSDT candlestick arrangement. ADA is within a bear breakout pattern at spot rates, dropping below a multi-month support level and $1 as bears double down. Still, traders are optimistic about what lies ahead.

Notably, Cardano is emerging as a choice deployment layer for projects mainly in DeFi. The spike in development activity is roughly six months after the activation of Alonzo and smart contract capability. Thus far, there are over 500 projects set for launch in Cardano, according to Charles Hoskinson of Input-Output Global (IOG). Most of them are inclined to release DeFi protocols that tap maximum value from Cardano’s unique delegation structure and smart contracting architecture.

JUST IN: Over 500 projects are being built on the #Cardano network

The Rise of DeFi in Cardano

Unlike Ethereum, Cardano uses an UTxO system which demands a complete overhaul when deploying exchanges or other automated dApps. This increase in development activity is why Cardano-based DeFi protocols have a total value locked (TVL) of over $230 million from less than $20 million early this year. The number is estimated to rise in the coming days when the blockchain is optimizing its layer, making it more efficient and scalable.

Already, Cardano has proven to be the most decentralized proof-of-stake blockchain determined by node and ADA distribution. There are over 3k independent stake pools, and more than 89 percent of ADA is in the hands of developers. Currently, Cardano developers are keen on optimizing its layer in the Basho stage, making the base more scalable and fees comparatively lower.

Cardano's token distribution is nearly 90% retail, much like #bitcoin. As we see in the second chart, that distribution going into retail hands is growing. This trend is likely to continue. #Cardano is the people's crypto. pic.twitter.com/ZZyBigkwAV 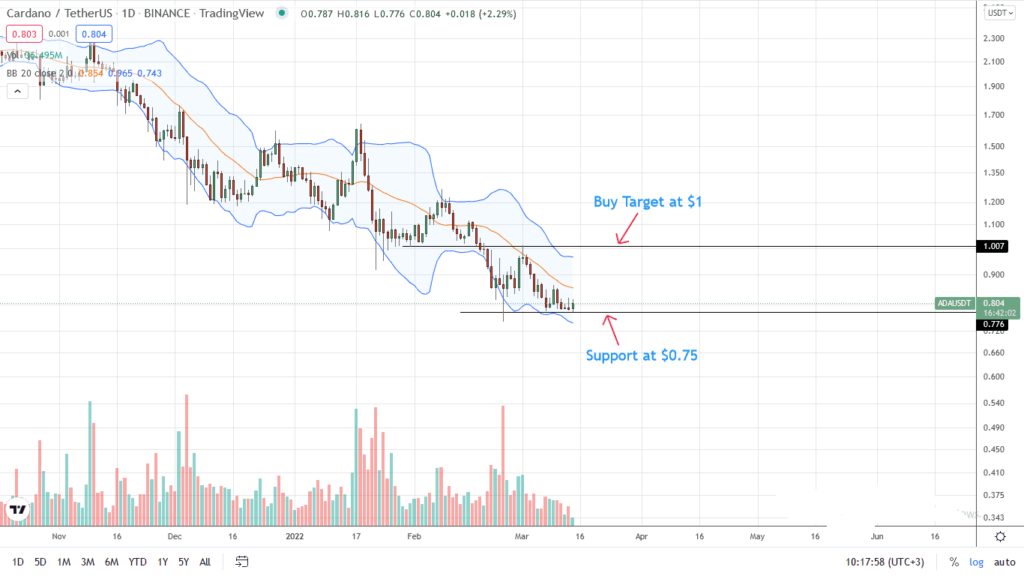 The path of least resistance remains southwards, reading from the formation in the daily chart. The break below $1 and the multi-month support level triggered a sell-off, swinging price action in favor of sellers. Considering the shift in trend, every pullback towards $0.85 may offer an unloading opportunity for aggressive sellers.

Even so, because ADAUSDT has been consolidating, printing higher highs relative to the lower BB, a break above $0.85 with rising trading volumes would confirm gains of March 9, forming the base for a race back to $1 in a retest. However, if ADA bears break below $.75, the coin could disintegrate, sinking to $0.55—or worse in sessions ahead.