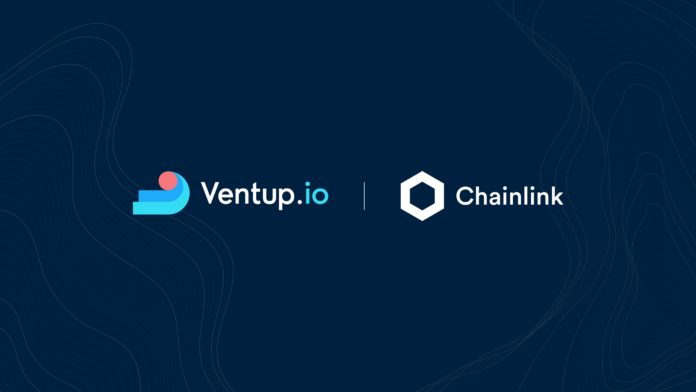 Decentralized application [DApp] development on Cardano is edging closer, thanks to the small contract deployment that is racing to the finish line. The developments on the network side were translated positively for its native ADA token.

In the latest development, Cardano-powered IDO Launchpad called Ventup is all set to integrate with Chainlink’s Verifiable Random Function [VRF] in order to obtain a Decentralized Allocation System. With the latest move aims, the decentralized fund aims to secure access to tamper-resistance and auditable sources of randomness required to set a provably unbiased platform.

According to the official blog post by Ventup, the main idea behind this integration is to build a more reliable, transparent, and fraud-proof user experience within the platform’s community, as this will allow users will have access to unique and promising projects in a secure, and fair manner.

Chainlink’s VRF has gained significant prominence this past month. This functionality works by merging unknown block data when the request is made with the oracle node’s pre-committed private key to produce a random number as well as a cryptographic proof.

The smart contract of the decentralized and interoperable protocol will approve the random number input only after the generation of a valid cryptographic proof. This can be produced only if the process of verifiable random function is secured.

The released document regarding the same also stated,

“As we advance in the development and growth of Ventup, Chainlink oracles will provide Ventup the necessary tools to further mold a seamless user experience in which we value and prioritize both transparency and accuracy.”

Chainlink’s infrastructure is said to aid Ventup with respect to the optimization of the efficiency of its smart contracts. This can be done by combining secure inputs and outputs to off-chain API data streams.

In addition to that, its Price Feeds will also facilitate the Ventup community to connect its smart contracts to real-time market prices, thereby offering users a secure route to process the most relevant data prior to executing any transactions.

IOHK, the development platform behind the Cardano blockchain, had recently revealed the launch of a suite of products for the network to squeeze into the realm of decentralized finance [defi].

One of the most talked-about features is the Marlowe suite, the implementation of which is designed to allow P2P financial agreements, by the facilitation of Cardano smart contracts development.

Alice P Jacobs
Alice is an experienced writer with a demonstrated history of working in the cryptocurrency and blockchain industry for more than two years. She also contributes towards providing macro data/event previews and reports and is involved in conducting Fundamental and Technical Analysis.
Chainlink News

0
A new post is published on the Cardano forum with a focus on storing or managing healthcare data on the blockchain. The post describes...
Read more
Cardano News

0
The Cardano blockchain has made significant strides in upgrades with respect to its network that could potentially lead to much greater adoption of its...
Read more
Bitcoin News

0
Another eventful week comes to an end. Cardano jumped another crucial spot in the leaderboard while replacing Binance Coin . Dogecoin , on...
Read more
Cardano News

Cardano [ADA] Closes Week With Another ATH Amidst Dull Market

0
Cardano was among the few among the top ten crypto-asset whose figures flashed green. It has performed phenomenally well especially at the backdrop...
Read more
Bitcoin News