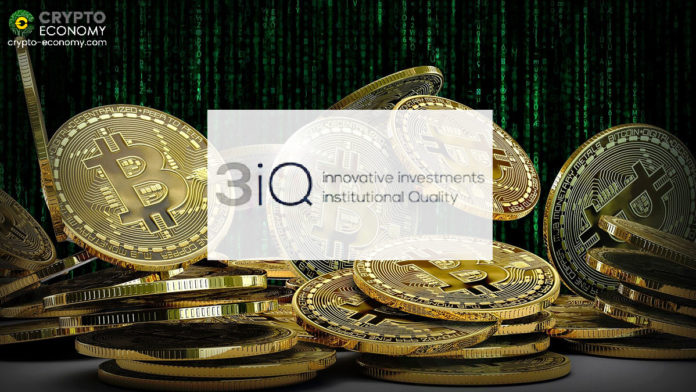 According to a press release published on November 28, Canadian investment fund manager firm 3iQ moves closer to list the Bitcoin fund on a major Canadian stock exchange as it announced that it has filed and been receipted on its preliminary prospectus for The Bitcoin Fund in relation to an initial public offering of Class A units and Class F units at a price of $10.00 USD per unit.

As reported by Crypto Economy on October 31, 2019, 3iQ Corporation received a favorable ruling from its public hearing before a panel of the Ontario Securities Commission (OSC) regarding its Bitcoin fund launch. The commission also instructed its director, at that time, to issue a receipt for a final prospectus of the fund.

Now the company has received and listed the preliminary prospectus for its bitcoin fund and as a next step, it has filed for the Bitcoin fund initial public offering (IPO) of Class A units and Class F units, with a unit priced at USD 10.

The Bitcoin Fund, which is said to be a closed-end investment fund expected to list on a major Canadian stock exchange for trading next month or early January 2020. According to the press release, the Fund was established as a trust under the laws of the Province of Ontario and the Units will be an eligible qualified investment for registered investment accounts.

According to 3iQ, through this Bitcoin Fund, the firm plans to provide holders of IPO units an opportunity for long-term capital appreciation, exposure to the digital currency bitcoin, and the daily price movements of the U.S. dollar price of bitcoin.

The IPO will be led by Canaccord Genuity Corp., while 3iQ Corp. acts as the investment and portfolio manager of the Fund. New York-based cryptocurrency exchange Gemini Trust Company LLC will act as custodian of Bitcoin. The firm further pointed out:

A representative said that the firm had been in talks with the regulator over the offering for three years. In February of 2019, OSC rejected the 3iQ’s proposal to launch a regulated Bitcoin fund. But after a long struggle, the firm got the green light from Canadian regulator in October.